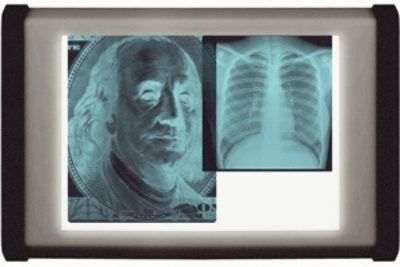 Over the past couple months, media organizations including ProPublica have been busy dissecting data released by Medicare on payments made to health professionals in 2012.

We've uncovered unusual billing patterns: Doctors who only bill for the most complicated and high-priced office visits, and ambulance companies in New Jersey who ferry patients to and from dialysis appointments dozens of times a year.

But one thread connecting various stories by us and others is how often doctors with unusual billing patterns have been disciplined by their state medical boards or have faced accusations against their licenses.

In our first story, we found dozens of doctors who Medicare kept paying after they were suspended or terminated from state Medicaid programs, indicted or charged with fraud, or had settled civil allegations of submitting false claims to Medicare.

Bloomberg found a similar pattern, reporting how Medicare had paid millions to doctors who had lost their licenses.

The first time cardiologist Robert Graor lost his Ohio license to practice medicine was in 1995, after he was convicted of 10 felony theft counts for embezzling more than $1 million from the Cleveland Clinic and sentenced to three years in jail.

The second time was in 2003, after he'd won back the license following his release from prison. This time, the Ohio Board of Medicine found he repeatedly misrepresented his credentials over a two-decade period and permanently barred him from practicing medicine.

That didn't stop Graor from participating in Medicare, the government's health insurance program for the elderly and disabled. In 2012, Medicare paid $660,005 for him to treat patients in New Mexico, which gave him a license to practice in 1998. Graor declined to comment.

Among those who almost always billed for the most complex office visits, we again found disciplined doctors. One Michigan doctor surrendered his license in New York, agreed not to renew his license in Connecticut, had withdrawn his application for a license in Ohio and was once on probation in Michigan. Another doctor is facing a 2013 accusation by California's medical board for gross negligence in his prescribing of controlled substances, a charge he denies.

Both told us that they charged Medicare appropriately.

The Dallas Morning News found that 10 of the 77 medical providers in Texas who almost exclusively billed for the priciest office visits in 2012 "have been fined or otherwise sanctioned by the Texas Medical Board." That included a Laredo physician who was disciplined three times by the board, most recently in 2013, following allegations of "inappropriate conduct with a hospitalized woman he treated for depression and an overdose," the News reported.

The doctor "denied engaging in any sexual contact with the patient," the medical board's report said. But the board ordered that he have a chaperone present when examining female patients, the News reported.

For a subsequent story, the Morning News found that of the 163 Texas providers "who led the nation in per-patient use of certain procedures," 21 had been disciplined by the Texas Medical Board. "One doctor served prison time for health-care fraud. Another has been disciplined by regulators five times, on charges including dangerous use of anesthesia. A third devotes his practice to a controversial therapy that Medicare won't cover."

The Wall Street Journal also has focused on doctors with unusual billings, looking at more than 2,300 providers who were paid $500,000 or more by Medicare for a single procedure or service. Included were some sanctioned doctors. One Florida doctor billed Medicare for a radiation procedure used by only two other doctors in the database, earning $2.41 million for it in 2012. He was disciplined in 1998 for alleged fraudulent billing. The doctor told the Journal that his care was never in question and that he simply had to improve his medical documentation.

KQED, NPR's San Francisco member station, identified an emergency medicine doctor in Southern California who billed, on average, for 30 of the most complex office visits per patient in 2012. The doctor was put on probation by the Medical Board of California in 2006 after being accused of "repeated negligent acts, incompetence, making false statements and inadequate record keeping," the station reported. His probation was extended last year after he was accused of violating the terms of his prior sanction.

And the Chicago Tribune identified a neurosurgeon who was indicted earlier this year for, among other things, frequently billing for the most complex office visits and indiscriminately prescribing controlled substances. The doctor billed for these visits more than 75 percent of the time in 2012, the data showed, and claimed half of all of the most complex office visits by all Illinois neurosurgeons in 2012, the Tribune reported.

The doctor told the Tribune through an attorney that he intends to dispute the charges. He continues to see patients as he awaits trial, the newspaper reported.

Aaron Albright, a spokesman for the Centers for Medicare and Medicaid Services, said in an email that the agency is taking steps to protect Medicare from fraudulent billers.

"CMS checks with state licensing boards to ensure that only licensed providers are enrolled in Medicare," he wrote. "We are also sharing information with the Federation of State Medical License Boards to refer health care providers that have abusive billing behaviors for licensure action."

Since March 2011, Albright wrote, more than 770,000 providers and suppliers have been screened by Medicare, resulting in some 260,000 practice locations having their billing numbers deactivated. Another 17,500 providers and suppliers had their billing privileges revoked and would have to reapply to Medicare and be approved before they could resume charging the program for services.

Conversely, state medical boards do not use Medicare billing data to trigger investigations of doctors.

Jarrett Schneider, a spokesman for the Texas Medical Board, said in an email that the board relies on complaints to determine whether an investigation is warranted.

Officials at the Ohio medical board agreed that current laws don't contemplate such huge data releases or proactive analysis to identify possible cases.

"We're not equipped to do that at the current time," said Jonathan Blanton, interim director of the State Medical Board of Ohio. "I don't know that our rules are really set up to contemplate that kind of an inquiry."

That said, Blanton added, the field of medical regulation needs to consider the use of data going forward.

"It kind of hits you like a tidal wave," Blanton said of the Medicare data release. "There's this ocean of information. Sorting through it to find information that's relevant and important, and tying it to a specific physician and a specific case will be challenging."

The Federation of State Medical Boards, in a statement, said disciplinary data about physicians is available to government agencies and health organizations, and that they should use it as a "predictive resource."

"Whether it is a hospital privileging board or a federal agency like CMS, we strongly encourage any organization acting in a capacity that includes physician oversight to access physician disciplinary-history data – which is widely available – to identify bad actors and help prevent problems before they occur," the statement said.

Want to know more about Medicare data? Read ProPublica's The Prescribers series, based on data from Medicare's prescription drug program.