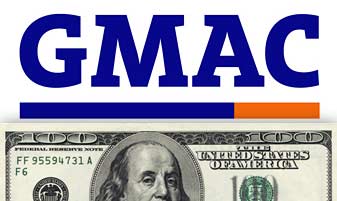 The stress test results yesterday separated the weak banks from the strong. And though it won't need as big of a capital buffer as some of the biggest conventional banks, GMAC, GM's financing arm, emerged as the weakest tested.

GMAC must raise $11.5 billion, about half of the company's total equity. GMAC's troubles stem from its business focus: auto loans and mortgage lending, much of it subprime. GMAC converted to a bank holding company last year in order to partake in various government aid programs. It's already received $5 billion from the TARP.

The question isn't whether GMAC will be getting more government money, but how much. The $11.5 billion actually understates how much more GMAC needs. As part of the Chrysler rescue, GMAC will be replacing Chrysler Financial to provide financing to Chrysler dealers and customers. That will cost the company about $4 billion, reports the Washington Post, money that's likely to come from the Treasury. Although GMAC has said in a statement that it plans to raise some of this money privately, there is no claim, as with other of the stress-tested banks, that the bank may not need any government aid at all.