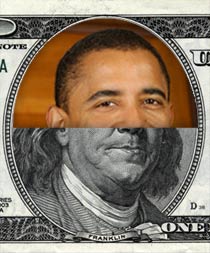 $350 billion is enough bailout for the time being. Treasury Secretary Hank Paulson says he won’t be asking Congress for the second installment of the $700 billion bailout. So it will be up to the Obama administration to decide whether that second half is spent.

Meanwhile, the Treasury continues to dole out the funds Congress has approved. Our list of the banks participating in the Capital Purchase Program – bailout bucks in return for equity stakes paying out 5% annually – is now at 67 banks with a total of $175.7 billion committed. The Treasury has actually doled out $148.6 billion of that, according to our tally and a recent Treasury report (PDF).

The Treasury set aside $250 billion for the capital injection program, and there’s still a queue of applicants. Banks (including financial services companies and insurance companies that have recently become banks in order to participate) continue to announce preliminary approval, so we’ll continue to update our totals.

So what about the other $100 billion of that first $350 billion installment? $40 billion has been slated to help AIG out of its troubles, part of the $150 billion bailout of the company.

As for the remaining $60 billion, it remains uncommitted. Despite urging from Democratic leaders in Congress, Paulson has refused to use the money to help Detroit’s struggling automakers. Last week, Paulson mentioned a number of ideas, most prominently providing direct help for struggling homeowners and creating a loan program where government funds would be paired with private investments. Both ideas were developing, he said, and he gave no timeline.