Go back to the main story. 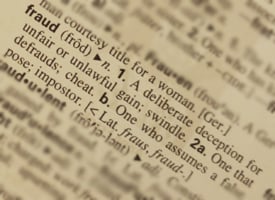 Bid-rigging: When two or more contractors agree in advance to stay out of the bidding process or to fix proposals so a certain bidder wins. Red flags include fewer competitors than normal, large gaps between the winning and losing bids and the appearance that companies win bids on a fixed rotation.

Overbilling: When a contractor charges more for materials than they typically cost or bills the government for prohibited costs, such as entertainment, perks and lobbying. Red flags include excessive cost overruns or expense reports that include items prohibited by the contract.

Product substitution: When a contractor delivers a good or service of lesser quality than specified in the contract. Red flags include the contractorâs reluctance to independent testing and the use of copies of certifications rather than originals.

Ghost employees: When a contractor pads the payroll with names of fake employees or employees working on another project. Red flags include if the listed employees aren't at the job site or if former employees remain on the books.

False claims: When a contractor bills for materials they never purchased. Red flags include if the purchase order, invoice and receipt don't match or if any of those documents appear fabricated.

M/WBE fraud: When a contractor falsely claims to be owned by a woman or racial minority or that its subcontractors meet the certification. Red flags include listing a spouse, friend or relative as the owner or subcontractors that serve no purpose other than to sign off on documents.

How to Follow Your Congressional and Local Elections in 2022

What One Photographer Captured in Wisconsin’s Changing Election Climate