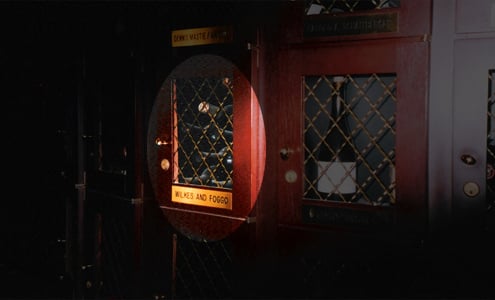 Paramilitary agents for the CIA's super-secret Special Activities Division, or SAD, perform raids, ambushes, abductions and other difficult chores overseas, including infiltrating countries to "light up" targets from the ground for air-to-ground missile strikes. This week the government acknowledged for the first time that some of SAD's sensitive air operations were swept up in a fraud conspiracy that reached the highest levels of the CIA and cost the government $40 million.

That information was contained in a series of courtfilings released in advance of the long-awaited sentencing of Kyle Dustin "Dusty" Foggo, the disgraced former No. 3 official at the CIA.

One remarkable affidavit came from a leader of SAD, a branch of the CIA's National Clandestine Service, which handles covert actions. It indicates that Foggo forced SAD to use a shell company set up by defense contractor Brent R. Wilkes to handle its sensitive air operations, even though Wilkes and his company had no experience in clandestine aviation operations.

Wilkes was Foggo's boyhood friend and a co-conspirator in the bribery scandal that erupted around former Rep. Randy "Duke" Cunningham, who is serving more than eight years in federal prison.

Since the 9/11 terror strikes, SAD's role in the war on terror has become more prominent. Its paramilitary operatives have been used to snatch high-value suspects from the streets of foreign countries for rendition to black sites for interrogation. When carrying out their operations in other countries, the agents typically do not wear uniforms or carry items that connect them to the U.S. government. If they are caught, the government may disavow any connection to them.

Foggo's sentencing, scheduled Thursday before Judge James C. Cacheris in U.S. District Court in Alexandria, Va., will be the final sentencing of the ring of co-defendants in the bribery scandal that erupted around Cunningham.

Foggo, 53, was running the CIA on a day-to-day basis until he resigned in 2006 after his name surfaced in the scandal. At first, Foggo sought to have the charges against him dismissed. When that failed, he argued that he would need to disclose classified information to defend himself. This practice, sometimes referred to as graymail, was rejected by the court, but led prosecutors to drop 27 of the 28 charges against him.

In September, Foggo pleaded guilty to a single count of defrauding the government of his "honest services" by steering contracts to Wilkes. While Cacheris could sentence Foggo to up to 20 years in prison, the plea agreement calls for 37 months behind bars. Foggo is seeking an even more lenient sentence from the judge.

In the days leading up to the sentencing, prosecutors have sought the release of transcripts from grand jury proceedings that they believe will be helpful in opposing a reduced sentence. The flurry of motions and counter-motions resulted in the release of a trove of documents Monday, including the affidavit from one of SAD's leaders.

In the affidavit, in which he is identified as "John Doe # 1," the official says Foggo introduced Wilkes to him and other SAD officials as "someone who had an extensive corporate portfolio that included experience in aviation, and for that reason could assist SAD. Mr. Foggo then left Wilkes with us to discuss our need for cover for our air operations."

Within days, Wilkes provided the group with a $132 million proposal that John Doe # 1 described as "unwieldy, cumbersome, and lacking a real understanding of what the Agency needed...If implemented as presented, I believed the proposals would be wasteful, misguided, and contrived."

Nonetheless, Foggo ordered them to proceed quickly. "The rapid decision by Mr. Foggo and the urgent deadlines he imposed on the program meant that we necessarily had to use Mr. Wilkes for the Enhanced Capability, because he was the only option available to us at the time," the official testified. Despite misgivings about the directive coming from Foggo, "we saluted and carried out his orders."

The plan was derailed in August 2005 after Wilkes' and Foggo's roles in the Cunningham scandal surfaced, but not before it had cost the government $40 million in planning expenses, according to the documents.

"Upon being apprised of this, I was greatly relieved that we would not have to proceed with the cover solution with Wilkes, and would have more time to explore the best possible solution," John Doe #1 wrote.

The documents also argue that Wilkes and Foggo tried to incorporate the military's need for armored vehicles into an array of contracts that involved not only the CIA's sensitive air operations but also water for troops in Iraq. Wilkes' and Foggo's deals -- during which they hid their long, personal friendship from other government officials -- included markups of up to 60 percent on the goods and services they sold the CIA.

The documents released Monday provide extensive details about Foggo's efforts to move his mistress from Europe to Langley when he was promoted in November 2004 from chief of support at an undisclosed European location to the agency's No. 3 post, executive director.

According to prosecutors and testimony included in the filing, Foggo arranged for his family to remain in Europe at taxpayer expense while he moved to Langley. He then arranged a CIA job for his mistress, identified only by the initials ER. At first the CIA ruled that ER was ineligible for employment because a background check found that she had an improper relationship with a superior in her previous government position and had destroyed evidence being sought by the inspector general of that agency.

Foggo summoned the agency's managing associate general counsel to his office and insisted that the woman's service was vital and she must be hired, without disclosing his romantic relationship with ER, according to the documents. ER was hired, but her supervisor soon found her work unsatisfactory.

"Instead of being receptive to her supervisor's critiques and suggestions, ER made it clear that she had influence with Foggo. Indeed, she did," the prosecutors' sentencing memo states. "Her supervisor had been an attorney with the (CIA's Office of General Counsel) for 20 years, during which time she received numerous performance awards and even the Career Intelligence Medal, which rewards 'exceptional achievements that substantially contributed to the mission of the Agency' over the course of her career. Within months of crossing Foggo's mistress, however, she suffered a humiliating firing by Foggo."

Calls to the offices of the prosecutors and Foggo's defense attorneys weren't returned on Tuesday.

ProPublica Director of Research Lisa Schwartz contributed to this report.