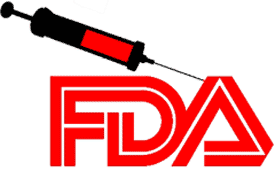 Authorities are still seeking the company’s owner, who will face a 10-count indictment. In addition to the deaths, more than 200 people were sickened by contaminated syringes.

The case raises a glaring question: As this biological tragedy was taking shape, where was the agency charged with standing between Americans and deadly medicine?

The Food and Drug Administration, it turns out, was aware of problems at the 40-employee lab as early as 2005.

According to a letter (pdf) it released Wednesday to ProPublica and the Raleigh News & Observer, the FDA warned the company in August of 2005 about "serious violations" and ordered the firm to change its practices.

During a June 2005 inspection of the company, the FDA found nine "significant [quality] violations," the letter says.

The company failed to conduct routine tests on its syringe-filling machine. The daily log of the "clean room" was only filled out once a month, the letter states. The company’s complaint-response system was in disarray. And employees were not properly trained: One was chewing gum while filling syringes; another was "improperly gowning" during sterility tests.

The FDA letter called on the company to "take prompt action to correct these deviations" and asked the company to send a letter detailing its plans to change.

Soon after, the FDA received a complaint about the syringe maker, according to the agency’s database of adverse events tied to medical devices. The November 2005 complaint stated that "particles" were found in the blood-thinning heparin solution of one syringe.

The FDA conducted a follow-up inspection in January 2006 but did not issue a letter to the company, said FDA spokeswoman Siobhan DeLancey.

Another complaint was filed with the FDA in March 2007, when a patient’s husband "found an unopened syringe with black and brown floating matter." The patient developed an infection and was hospitalized, the complaint says; "Provider suspects lot contamination."

Two months later, another complaint came in. This one was more explicit: "[W]hite sediment streaks" were observed in multiple lots of the syringes, a "lay user" reported.

The FDA did not visit until December of 2007 and issued a recall of the syringes that month, the News & Observerreported. It was too late, though, to reverse the course of brain damage, severe infections and deaths caused by bacteria in the syringes.

The FDA’s medical device inspection program has come under fire. The Government Accountability Office – Congress’ auditing arm – wrote in 2007 that inspectors were visiting operations like AM2PAT every five years instead of once every two years as required.

But DeLancey said that since 1999, inspectors had visited AM2PAT six times.

A 2006 report by the House oversight committee raised an alarm about FDA supervisors overriding the concerns of field investigators and refusing to issue warning letters to medical device makers.

In the case at hand, it appears that the FDA may have been too eager to take AM2PAT’s word that it fixed problems after the 2005 letter and follow-up inspection the next year, said Dr. Ned Feder, a former scientist with the National Institutes of Health who now researches FDA issues at the advocacy group Project On Government Oversight.

He said the agency should have inspected and re-inspected facilities until every problem was thoroughly abated.

Feder said the question of whether FDA effectively followed up after its 2005 inspection is sadly apparent: "A few years later, the same sorts of problems led to the injury or death."