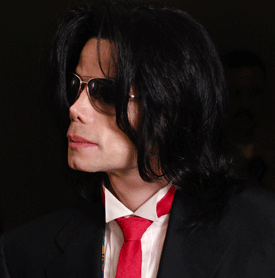 Earlier today, we reported that two tainted batches of the drug propofol were being voluntarily recalled by manufacturer Teva Pharmaceuticals. There has been much speculation about a role for propofol in singer Michael Jackson’s death.

This afternoon, Teva Pharmaceuticals spokesperson Denise Bradley said the company had been contacted by the U.S. Drug Enforcement Administration in connection with the agency’s investigation into Jackson’s death.

A DEA spokesman said he wasn’t immediately able to confirm or deny Bradley’s account. To date, the agency hasn’t officially said it is investigating circumstances around Jackson’s death and reports that numerous doctors may have prescribed strong sedatives and other drugs for the entertainer.

Last night, the Centers for Disease Control and the U.S. Food and Drug Administration warned doctors not to use the tainted lots of propofol because they were contaminated with elevated levels of bacterial endotoxin and were linked to complications, mainly high fevers, in at least 39 patients. All the patients recovered.

Bradley said 57,620 vials of propofol were being voluntarily recalled by the company. The affected drugs were manufactured early this year. The contamination problem is believed to be confined to only the two lots, she said.

Bradley had no information on the source of the endotoxin contamination and what steps, if any, the company has taken to address the problem.

Propofol, also known by the brand name Diprivan, is typically used to anesthetize patients for procedures such as colonoscopies. It can be dangerous if it is not administered carefully in a medical setting. Jackson reportedly sought the drug for help sleeping, a use that isn’t recommended.