Michael Greenberger had to have felt the slightest tinge of vindication last weekend, when former President Bill Clinton admitted he'd been wrong about derivatives when he was in office.

Greenberger, then a regulator at the Commodity Futures Trading Commission, worked under the leadership of CFTC Chairman Brooksley Born, who's now on the Financial Crisis Inquiry Commission. Together they pressed for regulation of derivatives, and faced some pretty stiff resistance.

"We were advocating regulation of these products back then, and Summers, Rubin, and Greenspan all opposed it," Greenberger told me.

Instead, Clinton went with the advice of Treasury Secretaries Robert Rubin and Larry Summers, and in retrospect, he told ABC's "This Week," felt the decision was a mistake.

"I think they were wrong and I think I was wrong to take" their advice, Clinton said in the Sunday broadcast. "The argument on derivatives was that these things are expensive and sophisticated and only a handful of investors will buy them, and they don't need any extra protection and any extra transparency."

Now one decade and one global financial crisis later, Congress has a reform bill, sponsored by Sen. Blanche Lincoln, D-Ark., and passed by a committee earlier this week, that Greenberger calls "a high water mark" in effective regulation of the derivatives market -- "the market that led us into this maelstrom that we're in."

In a phone interview yesterday, Greenberger told me that the bill, while imperfect, "is a superior piece of legislation." Regulators would have the power to eliminate transactions that are pure financial gambling.

Lincoln's bill has two key provisions. First, according to Greenberger, it brings an estimated 90 percent of the market for derivatives, which are essentially bets on the future price of something, onto a regulated trading exchange -- similar to a stock exchange, where price and volume data are publicly available to potential investors. It leaves certain exceptions for foreign exchange deals and commercial use (such as an airline company's use of derivatives to hedge against prices of fuel skyrocketing). Currently derivatives are traded over the counter, often between private entities, and the transactions are largely unregulated.

The legislation also creates a central clearinghouse for trading. One type of derivative, a credit default swap, functions in a way that's similar to insurance, with one party acting as an insurer and another acting as the insured. The clearinghouse would require the "insurer" party in a swap to post capital up front, to prevent companies such as AIG from taking on too many "insurance policies" without the capital to pay up when they end up on the wrong side of the bet. (Matt Yglesias has further explanation of how the central clearinghouse would work, and Mike Konczal has an explanation of the difference between a clearinghouse and a exchange -- complicated stuff.) 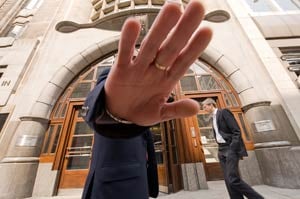 But to apply this to some real-life situations, take the bets (or credit default swaps) made by the hedge fund Paulson & Co., which bet against -- and made $1 billion from -- the failed Goldman Sachs CDO that is now the subject of a SEC lawsuit. Greenberger says that under Lincoln's legislation, Paulson's bet against the Goldman CDO wouldn't have been allowed to trade on an open exchange.

"Goldman, Paulson and ACA, all that was was gambling," he said. "Whether the SEC is right or wrong on fraud, why are we doing this stuff? Does it create jobs ? Better medical care? There's no economic purpose to it except for Goldman racking up transaction feeds, and one of two sides winning the bet. And for the side that loses and doesn't have the money to pay up, the American taxpayer became the banker."

In the very least, said Greenberger, exchange trading would subject derivatives to greater transparency by providing more information on price and volume, which could better inform investors about these products that are currently being traded in the dark. It also imposes standards of business conduct that he said "will be something akin to fiduciary obligations to your customers."

What the proposal doesn't do -- and he pointed to a New York Times op-ed that says the same -- is ban the creation of speculative or abusive swaps altogether. It merely limits regulators to identifying abusive swaps and and reporting them to Congress.

"So they report it to Congress and then what?" I asked.

"Well exactly," Greenberger said. "You know what happens when something goes to Congress. It's a weak remedy ... It may be hard to enforce."

But, he added, "probably in this political environment, it's the best we're going to get."

Not everyone is happy with the bill. It passed in the Senate Agriculture Committee this week with all the committee's Democrats voting in favor, and all but one Republican voting against. Sen. Mike Johanns, a Nebraska Republican, voiced that the bill "goes too far" and could "increase the cost of credit to farmers, rural electric associations and other rural borrowers."