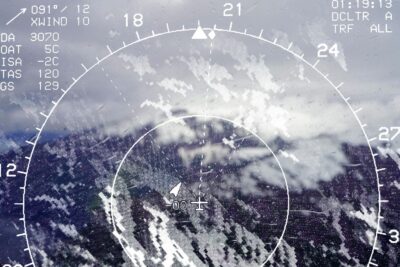 This article was produced for ProPublica’s Local Reporting Network in partnership with KUCB and was co-published with the Anchorage Daily News. Sign up for Dispatches to get stories like this one as soon as they are published.

The FAA Alaska Aviation Safety Initiative, or FAASI, released its final report Thursday, encouraging the agency to focus its efforts on bolstering the availability of weather information for pilots flying in the state, increasing use of safety technology and improving FAA policies for flying with cockpit instruments.

Those involved in Alaska’s aviation industry say the report is a positive step, but some, including the National Transportation Safety Board, say it isn’t enough on its own.

“There’s lots more that needs to be done, but it’s a big start,” said Lee Ryan, president of Ryan Air, a commercial operator that serves 72 communities across Western Alaska and also provides charter flights within the state and elsewhere. “It’s leaps and bounds beyond where we were two years ago.”

The Alaska Aviation Safety Initiative was launched in October 2020 following a recommendation from the NTSB, the federal agency that investigates transportation accidents, to review and prioritize Alaska’s aviation safety needs and ensure the FAA was making progress on implementing safety enhancements.

The report contains few new initiatives or specific calls for additional funding. FAA officials said the main contribution provided by the group was helping the agency prioritize some of its existing efforts to improve safety in the state and promote collaboration between its various departments. Outside observers have said FAA units often fail to work together as effectively as they could.

“I am hopeful that this effort will give the FAA Regional Administrator’s office an increased ability to steer current and future Alaska specific programs,” Tom George, the Alaska regional manager for the Aircraft Owners and Pilots Association, a national nonprofit aviation group, said in an email. George and Ryan participated in a call last week unveiling the report.

The report mirrors some of the solutions suggested in a KUCB and ProPublica investigation. In June, the news organizations found that Alaska is the site of a growing share of the country’s crashes involving small commercial aircraft. Over the past two decades, the number of deaths in crashes involving these operators has plummeted nationwide, while in Alaska deaths have held relatively steady.

The FAASI report comes two years after a roundtable meeting held by the NTSB to address Alaska’s high number of small commercial plane accidents and fatalities. The group released an interim report in April that listed many of the current FAA efforts to improve aviation safety. Since then, the FAA has held a dozen meetings for pilots, operators, industry members, government officials and academic experts to offer feedback.

Alaska, where 80% of communities are not on the road system, is dependent on aviation. But the state has unique challenges. It’s large and sparsely populated. There is remote, mountainous terrain to navigate. The weather can change quickly.

The FAASI report notes that one of the primary challenges for pilots in the state is the lack of areas where they can fly without relying on their line of sight. Pilots generally can fly in one of two ways. When the weather is clear, they can use their eyes to spot other airplanes and terrain they want to avoid. But when flying in poor weather or at higher elevations, pilots need to use electronic instruments and controls in the cockpit to fly safely.

In much of Alaska, however, pilots don’t have access to weather information that would allow them to use instruments. The report recommends that the agency continue its efforts to install systems that transmit automated weather broadcasts to pilots and to proceed with testing a new technology to provide weather bulletins plus video of the current weather directly to pilots’ mobile devices or through flight service stations.

The FAA is also seeking to expand the use of a collision avoidance technology called Automatic Dependent Surveillance Broadcast systems. Currently, less than half the state’s territory that is 3,000 feet or more above ground level is covered by ADS-B ground stations. Ground stations provide weather and traffic information to planes, and the report calls for the FAA to install more of them throughout the state.

However, the news organizations previously found that many planes in Alaska are not equipped with an ADS-B device, in part because one is only required at very high altitudes and around Ted Stevens Anchorage International Airport. Despite NTSB recommendations to mandate its use in other high-traffic areas, the report directs the FAA to rely on a voluntary approach. The FAA says it prefers encouragement over regulations in this case because the agency believes this will increase ADS-B usage faster than starting a new rulemaking process.

While most of the report’s recommendations focus on existing FAA efforts, it does call for the agency to begin adjusting its policies to allow for flying with instruments in more places throughout the state, especially at low altitudes. Industry members and experts had previously told the news organizations that the lack of FAA-approved approaches that pilots could use to fly in and out of many of the state’s airports was one of the key obstacles to broader use of instrument flight. The report notes that this recommendation came as a direct result of conversations with pilots.

Two members of Alaska’s congressional delegation, Rep. Don Young and Sen. Dan Sullivan, both Republicans, are calling on the FAA to ask for funding through President Joe Biden’s budget request to implement the report’s recommendations.

Recently retired NTSB Chair Robert Sumwalt says the recommendations should improve aviation safety in Alaska if they are implemented.

“Until then, we’re still at status quo,” he said via email.

Current NTSB Chair Jennifer L. Homendy applauded the FAA report in a statement but said “more needs to be done to ensure air transportation is as safe in Alaska as in the rest of the nation.”

FAA officials said they will focus first on the initiatives that could have the most impact; more funding will be needed to install new automated weather systems and ADS-B ground stations.

Ryan, the Ryan Air president, said he was cautiously optimistic that the FAASI effort, which identified on paper the state’s most pressing aviation issues, will be successful. But he left the call unveiling the report a bit confused about who is responsible for seeking additional funding.