The Justice Department is seeking to bolster the FBI’s efforts at apprehending violent criminals — issuing grants for local police departments to test rape kits and requiring that those agencies submit information to an underutilized FBI database designed to catch serial killers and rapists.

The Justice Department will make $40 million in grants for rape kit testing, including $2 million to assist localities in sending case information to what is known as the FBI’s Violent Criminal Apprehension Program, or ViCAP. The program, which includes a national database, is designed to catch serial rapists and killers who exhibit specific, distinctive behaviors while committing their crimes. For instance, the database might link several attacks committed by a rapist who uses a certain kind of weapon.

The bureau plans to make up to 25 awards to different agencies, ranging from $500,000 to $3 million. The new grants will pay for staff and training to enter information into the ViCAP system.

“Entry into ViCAP will expand the number of cases in the system and ultimately make it a more robust and useful crime fighting tool for every law enforcement agency in the country,” said a statement issued by the Justice Department’s Bureau of Justice Assistance, which is overseeing the new grants. 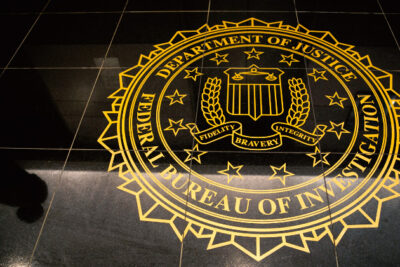 The announcement comes after a ProPublica investigation in 2015 found that law enforcement agencies rarely use the database, which was created more than 30 years ago. Criminal justice experts say that ViCAP could be a useful tool in helping solve cases where DNA plays no role — from half to 70 percent of all rape cases, according to estimates.

Police investigators told ProPublica that the database was cumbersome to use, requiring several hours to enter dozens of fields of information. Only about 1,400 of the 18,000 law enforcement agencies in the country used the system.

In Canada, where law enforcement agencies are required to enter information into a system similar to ViCAP, police have gathered more than 500,000 case records which have generated more than 7,000 leads over the years. The FBI’s ViCAP program has just 89,000 records three decades after it was created.

The Justice Department “was aware that the time and cost associated with making ViCAP entries were important considerations in terms of law enforcement actually being able to enter the cases into the system,” the agency said. “The overarching goal … is to identify violent offenders, resolve crimes, prevent additional violent crimes, and do everything possible to get justice for victims.”