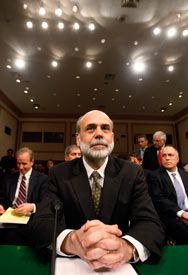 Since the financial meltdown began last month, the Federal Reserve has launched a dizzying number of emergency measures to counter it. Most of these steps have been aimed at injecting cash into banks. Hundreds of billions in newly invented loans have been doled out to U.S. commercial and investment banks, and some foreign central banks now qualify for “unlimited” credit from the Fed.On Tuesday, it added another unprecedented program that will buy as much as $540 billion in short-term debt, known as commercial paper, from money market mutual funds.

“The scale and scope is quite different from anything [the Fed has] done in the past,” says Michael Bordo, an economics professor at Rutgers University who is an expert on financial history. The institution is acting within its broad mandate, he added, but in the past it has generally pumped money into the open market rather than targeting specific institutions.

As well as injecting cash, the Fed has undertaken several steps to loosen banking regulations. It has relaxed certain capital requirements as well as rules restricting transactions between banks and their affiliates. Given the current political consensus that deregulation contributed to the crisis, further deregulation may seem counterintuitive. But what it does is treat the symptom of a frozen lending market.

The Fed broadens the types of collateral that investment banks can post for two emergency loan programs and increases the loans’ frequency and dollar limit. Stocks are now accepted as collateral in the overnight lending program.

The Fed proposes to relax an accounting rule for banks, lowering the capital they are required to have on hand. 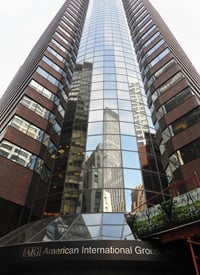 The Fed authorizes an $85 billion loan to AIG. The move gives the federal government an 80 percent stake in the beleaguered insurance company and amounts to a takeover.

The Fed expands currency swap lines (essentially a kind of loan). It established the program late last year with the European Central Bank and the Swiss National Bank, and it announces new swap lines with the Bank of Japan, the Bank of England and the Bank of Canada. The Fed’s injection of an additional $180 billion in credit to other central banks is intended to boost the flow of dollars available for overnight and short-term lending worldwide. The swaps are authorized through January 30, 2009.

The Fed temporarily eases restrictions on the amount of leverage allowed for banks, letting them have less money on hand. A second rule relaxes limits on transactions between banks and their affiliates, allowing the Federal Reserve to use the banks as intermediaries with the money markets.

It also announces its plan to buy from banks the short-term debt, called discount notes, issued by Fannie Mae and Freddie Mac.

The Fed approves the bid for Morgan Stanley and Goldman Sachs to become bank holding companies and extends credit to them. This move subjects the two banks to greater regulation and greater federal government protection. The approval is pending a five-day antitrust waiting period.

The five-day waiting period for Morgan Stanley and Goldman Sachs is waived. To facilitate the transition, the Fed eases limitations on private investments in bank holding companies.

It announces another $13 billion in currency swaps with the European Central Bank and the Swiss National Bank.

The Fed dumps hundreds of billions more into the credit market. It triples the cash it lends to commercial banks in an emergency program set up last year, from $25 billion to $75 billion on an 84-day term.  It also announces that in November it will conduct two additional cash auctions totaling $150 billion but does not specify their term or timing. These auctions are an effort to get banks to start lending to each other again.

The Fed also boosts the amount of currency it is exchanging with other foreign banks in another emergency credit program, this time reaching a total of $620 billion from its previous $290 billion. The currency swaps are now authorized through April 30, 2009.

The Fed makes two significant announcements. The first is that it will pay interest on reserves that banks leave on deposit with the Fed. This move is intended to encourage banks to deposit more money with the Fed, giving it extra resources for its many new lending programs. The second announcement is that it is considering ways to provide additional support for “unsecured funding markets,” indicating for the first time that it’s open to lending directly to companies.

The Fed also increases its loans to banks in an emergency cash auction program to $900 billion.

The Fed says it will buy corporations’ short-term debt, making it into a last-resort lender not only for banks but for companies as well. The radical new program known as the Commercial Paper Funding Facility responds to a developing crisis in which banks have been refusing to lend companies vital short-term funding. The program is authorized through April 30, 2009.

Discussions begin with the bond firm PIMCO about managing the Fed’s new program that lends short-term funding to corporations.

The Fed also says it will loan an additional $37.8 billion to AIG for its securities lending program. This new loan to AIG is in addition to a previous $85 billion to the company. 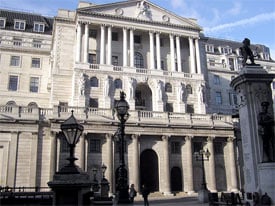 New details are released on the Fed’s program to buy commercial paper: PIMCO will manage it, State Street bank will administer it, and it will go into effect on October 27. Also on October 14, it was announced that State Street is one of the banks to receive a federal bailout.

The Fed unveils yet another program designed to ease pressure on the credit market by flooding it with cash. This one, called the Money Market Investor Funding Facility, will give as much as $540 billion in short-term loans to help shore up money market mutual funds.

The Fed raises the interest rate it pays on banks’ reserve deposits. Again, the move is meant to encourage banks to deposit more money with the Fed, giving it extra firepower for its now numerous new lending programs.

What Does the 2022 Election Mean for You?

A Shut-Off Switch Was Supposed to Prevent 99% of Generator-Related Deaths. It Failed a Family of Three.