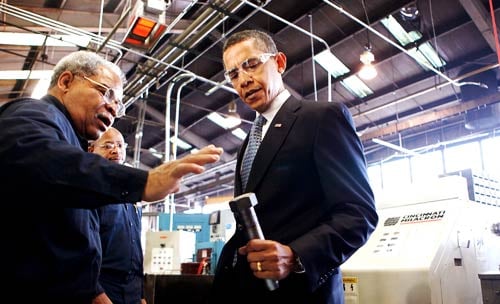 What is the little guy – a troubled city, state, small business – to do when so many people want a piece of the stimulus pie?

Many have turned to lobbyists for help in getting those road repair funds or winning government contracts, leaving lobbyists virtually chomping at the bit.

In response, on March 20 President Barack Obama issued this memo, which regulates communications by lobbyists who work the stimulus beat.

Here’s how it will work, according to the memo: if a lobbyist wants to discuss a specific stimulus project with a government agency, the communication must be in writing. That agency will then post those letters or emails on its recovery web site within three business days. Lobbyists are allowed to speak in person with government officials about general policy issues, but if they do, the agency officials will document the meeting in writing and then post the details on the website within three business days.

Oh really? We’ll see about that. Fire up the promise clock, Scotty, starting on the date the memo was issued. The clock will keep on running until we see some letters or meeting details posted.