Please note that our Creative Commons license does NOT apply to this story. 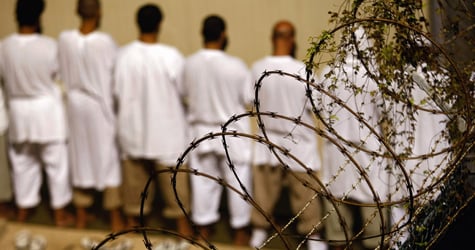 As the United States moves to prosecute Khalid Shaikh Mohammed and four others accused of being conspirators behind the Sept. 11, 2001, attacks, federal and military prosecutors are racing each other to strike plea deals with at least a dozen additional Guantanamo detainees whose testimony could be used against some of the most notorious prisoners.

The plea bargaining exposes the difficulty the government faces in bringing prosecutable cases against these defendants and others still in Guantanamo. Most of the remaining detainees are considered too difficult to prosecute, mostly because the evidence against them is thin or based on statements obtained through coercion.

One defense attorney said federal prosecutors had so little on his client that they asked the detainee to suggest a charge he would be willing to plead guilty to.

The unusual, competitive nature of the government's efforts, which pit the Justice Department against the Pentagon, was described by both defense attorneys and senior government officials. The officials acknowledged that the flurry of offers underscores the weaknesses in the cases against many of the Guantanamo inmates whom the Obama administration had hoped to prosecute.

A former senior Justice Department official who was directly involved in the cases said the rivalry could be damaging. "You can't have someone being fought over by two different systems," the official said. "It is not illegal, but it's certainly corrupt."

One defense attorney, who represents a high-value detainee held by the CIA in secret detention and then sent to Guantanamo, witnessed days of fighting between military and federal prosecutors over who had control of the case. "We asked a simple procedural question and ended up bystanders to days of turf battles," the attorney said.

Though discussions are at an early stage, none of the defendants have accepted offers, in large measure because there is doubt about whether prosecutors have the authority to negotiate cases they have not been assigned and whether charges will be brought at all against those being offered plea bargains.

Most of the government officials and defense attorneys familiar with the process spoke on the condition of anonymity so as not to derail the negotiating process. Defense attorneys representing 15 different detainees said in interviews that their clients had been contacted by prosecutors seeking to discuss possible plea deals. 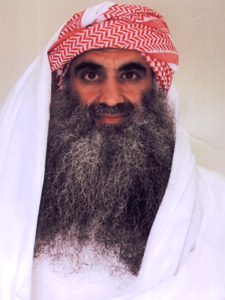 Attorney General Eric Holder announced today that the cases of Mohammed -- often described as the architect of the 2001 terrorist attacks -- and four others previously charged in a military commission would be moved to Manhattan for trial in federal court. That announcement had been long expected.

The Obama administration has not formally backed away from its Jan. 22 deadline for closing Guantanamo, but officials have said it will be difficult to meet.

"There is an absence of strategy here that has given way to rivalry," said one government official, who spoke on the condition of anonymity so as not to prejudice the negotiating process or the announcement of impending charges. "We're moving ahead with lots of plans now but there is still a sense of chaos." The plan to bring prosecutions in federal court was a signature promise of the Obama administration as it sought to break with its predecessor and shutter a facility the president said had cost America its "moral authority."

"Whenever feasible, we will try those who have violated American criminal laws in federal courts -- courts provided for by the United States Constitution," President Obama said in a May 21 speech. Administration officials are often quick to point out that prosecutions are one of the key differences between the Obama administration and the Bush administration, which brought charges in military commissions.

That view is by no means universally shared.

"Nothing has changed in the files because Obama was elected," said James Cohen, a law professor at Fordham University who represents one of the detainees. "The file is what it is and they are not getting better with age, they are getting worse." Cohen believes it would be difficult at this stage to prosecute detainees who were not among the 20 facing military commissions at the end of the Bush administration.

Interagency working groups headquartered inside the Justice Department have been combing files of detainees for months in search of possible cases to prosecute. But three government officials said the painstaking process failed to yield enough winnable cases and officials have struggled over whom to charge. Justice Department officials have said the cases of 40 detainees have been referred to government prosecutors for possible prosecution. But an administration official said it was unlikely that charges would be brought against more than 30.

Government officials said prosecutors will need some detainees to testify in trials of other detainees whose cases are complicated by evidence that may have been obtained through coercion. New, voluntary statements against those detainees could help prosecutors win swift convictions against some of the alleged 9/11 conspirators.

David Remes, a Washington defense attorney who represents a number of detainees, would not discuss specific offers or discussions under way with federal and military prosecutors. But he argues that it would be difficult for the government to win trials against men who have not been charged in seven years. "The government is fishing in very shallow water," said Remes, who is at Guantanamo this week to meet with clients.

"The government would simply like to add notches to his belt by getting additional victories. But it has already charged all the men it believes did bad things. Any additional men are undoubtedly being targeted in order to turn against the original group," Remes said.

Officials in the Justice Department's detainee review task force have intensified their search for Guantanamo inmates who could be prosecuted or released, officials said. Eager to reduce the number of detainees who could remain in indefinite U.S. detention after the facility closes, the new review is preceding without a requirement for consensus among the intelligence agencies. Until now, the interagency task force required agreement from all intelligence agencies before a detainee was slated for release. Two officials said that is no longer a requirement.

The stakes are highest perhaps for military prosecutors who have spent years preparing charges at Guantanamo Bay against some of the most serious terrorist suspects and are now fighting hard for plea bargains in order to keep some cases inside the military commissions system. Several defense attorneys said they had received competing offers for plea deals from federal prosecutors in the Southern District of New York and military prosecutors at the Pentagon.

"There are circumstances where it is good to have competing interests fighting for something, sometimes a better result comes out in the middle," said a career military lawyer. "But you are not supposed to have warring, dueling prosecutors fighting over a case. It's clear there are a lot of politics going on here."