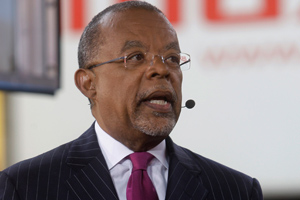 A charity headed by star Harvard University professor Henry Louis Gates Jr. is filing an amended 2007 report to the Internal Revenue Service because $11,000 it paid to foundation officers as compensation was mischaracterized as being for research grants.

Questions about Inkwell Foundation emerged over the weekend, part of a tsunami of attention Gates has received since July 16, when he was arrested at his home by a police officer responding to a report about a possible burglary in progress. The incident ignited a national debate over racial profiling, further magnified when President Obama jumped into it.

ProPublica inquired about Inkwell after receiving an e-mail from Joseph Culligan, a private investigator who makes public on his Web site documents about prominent people, from Ann Coulter to Sonia Sotomayor. The e-mail spotlighted a $10,000 grant made to Joanne Kendall, the foundation's treasurer, pointing out that she is also Gates' assistant at Harvard.

Gates, a member of ProPublica's board of directors, said Monday that the award to Kendall was actually payment for doing administrative work for Inkwell and not, as Inkwell's IRS 990 form states, a research grant.

"It should have been listed as compensation," he said in a telephone interview. In part, he added, the payment was designed to make sure she wasn't doing foundation work on Harvard's dime.

Inkwell was started by Gates in 2005 to support programs and research on African and African-American literature, art, history and culture.

It reported no activities until 2007, when it raised $205,543 and spent $27,600, state and federal filings show. The payments to Kendall and Wolf were among the foundation's largest — only four of 23 Inkwell grants exceeded $500.

As the foundation's president, Gates signed the report submitted to the IRS, but said he missed the inaccuracies it contained until ProPublica brought it to his attention. The foundation's accountant, David Schwartz, said he was unsure how the payments ended up being misclassified.

"If I knew why, this wouldn't have happened," he said. Schwartz said he expected the amended report to be filed in the next week or so.

As part of maintaining their tax-exempt status, foundations have to file annual reports to the IRS showing where their money goes, separating program expenses from administrative overhead.

Regulators and watchdog groups expect charities to spend more on activities that serve their core missions, but it's not unusual for administrative costs to eat up more of the budget early on.

By reclassifying the payments to Kendall and Wolf, administrative expenses will constitute almost 40 percent of Inkwell's 2007 spending instead of less than one percent.

Aside from Kendall and Wolf, others with close ties to the charity or to Gates also have received funds from Inkwell.

Gates volunteered that the foundation's second-largest grant, for $6,000, went to his fiancée, Angela DeLeon, who was also on Inkwell's board from 2005 to 2006. Gates said he recused himself from the vote on DeLeon's grant, which was for a project translating documents from Spanish and Dutch about the slave trade to Mexico.

A grant of $500 also went to Evelyn Higginbotham, chairwoman of Inkwell's board. Higginbotham is the chairwoman of Harvard’s Department of African and African-American studies and, with Gates, edited the 2004 book "African American Lives." Gates said that, as per the foundation's bylaws, she did not vote on the grant.

Inkwell has not yet filed its 990 form for 2008 and Schwartz said it has not yet been prepared.