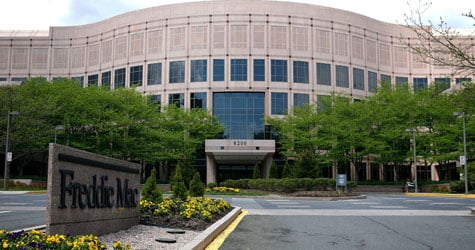 Since its March launch, the government's $50 billion program to prevent foreclosures has been marked by confusion, delays and doubts. A little-noticed conclusion in a government report released on Wednesday reveals that the program's auditor is no different: Freddie Mac -- yes, that Freddie Mac -- has been given responsibility for auditing the program. And it turns out, Freddie is stuck at square one.

As ProPublica and others have reported, homeowners have frequently been rejected for loan mods even though they appear to qualify. The Treasury Department tapped Freddie to police just that kind of thing.

But Freddie's job so far hasn't inspired confidence, according to a section of a report (PDF) released by the special inspector general for the TARP. The report says (on p. 102) that in late August, Treasury took a look at Freddie's first reviews of loan servicers and found them seriously lacking. Among the "several specific areas of concern" identified: "unqualified staff to perform audits" and "inconsistent and incomplete audit workpapers."

Consumer advocates say they, too, have been puzzled about the lack of action.

"We've been asking and asking for some evidence that Freddie is providing any oversight," said Diane Thompson of the National Consumer Law Center.

The government has a complicated relationship with Freddie and its larger sibling Fannie Mae, both of which were originally chartered by the government to buy or guarantee mortgages in order to help Americans buy homes. In September 2008, the two companies nearly went belly-up, done in by risky mortgages, and were essentially nationalized. In the past year, Treasury has pumped in $95.6 billion to keep the companies afloat. Although their ultimate fate remains unclear, they have effectively served as arms of the government over the past year, taking losses in order to help stabilize the mortgage market.

Both government wards have been tapped for roles in running the big mortgage modification program. Among other things, Treasury assigned Freddie to perform unannounced audits of servicers and to review denied loan modification applications. Fannie serves as the program's record keeper. Despite the companies' troubles, there's a logic to selecting them for such roles, since their business already requires extensive knowledge of the mortgage market and contact with servicers.

According to Wednesday's report, Freddie agreed to clean up its act after Treasury complained. Freddie says it has developed an extensive "remediation plan," a top-down revamp, including a new executive to lead the unit.

Freddie spokesman Brad German told us that in the last two to three weeks, the company had made two major hires. It tapped Paul Heran, a CPA who has more than 30 years experience at Ernst & Young, to head the unit, and Karen Garner-Wing, a veteran of the Department of Housing and Urban Development, to serve under him.

As for the other aspects of the plan, such as "hiring new staff with the right skill sets," German said the company was working on it. Approximately 65 people currently work in the unit, he said, for a program involving $50 billion, potentially 3 million to 4 million modifications, and over 60 servicers. It's not clear how many staff members Treasury thinks are needed.

We asked Freddie if the Treasury had been satisfied with any of the audits it has produced in the two months since being told the work was below par. German referred the question to Treasury, which is ultimately responsible for the program.

A Treasury spokeswoman did not directly answer that question, but did say that Freddie was auditing a sample of denied modification applications. She added that Treasury was working to fix problems with the program: "In every reported case of eligible borrowers being denied modifications, we worked with the servicer to correct the problem." Of course, as we've reported, wrongfully denied homeowners have sometimes had no recourse but to go to the media, which has effectively served as a kind of auditor in Freddie's stead.

Without the benefit of adequate audits by Freddie, it's been impossible to discover just why some of the major servicers like Bank of America have been slow to ramp up the program. More crucially for consumer advocates, it's still unclear how many homeowners have been turned down and why.

Thompson, of the National Consumer Law Center, says an additional problem is that even if Freddie were doing its job, it wouldn't have the power to crack down on servicers who were wrongfully denying homeowners. A recent report by the Congressional Oversight Panel for the TARP also called for "meaningful penalties" for servicers that fail to comply with the program.