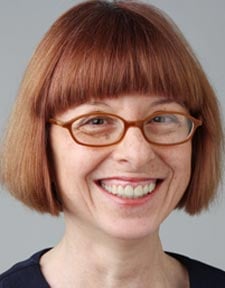 President-elect Obama is reportedly going to order the closing of Gitmo as one of his very first acts in office. But it’s far from clear how quickly the coming administration can actually shutter the prison. Some guess it will take the better part of a year. A key factor, of course, will lie in just who the 248 detainees being still held at Gitmo are and what exactly the government believes the’ve done.

One of the handiest and least-noticed places for finding that information is the New York Times "Guantanamo Bay Docket."

Launched quietly on November 3 (when some folks were busy focusing on other impending news), the searchable database has government documents on all of the prisoners the Pentagon has acknowledged have been held at Gitmo. 779 have been detained there since 2002; 248 remain there today.

For example, here are the details of the government’s case against alleged 9/11 mastermind Khalid Shaikh Mohammed. (KSM is just one of 16 high-value detainees still held at Gitmo. The Times project has details on each one.)

The docket has about 16,000 pages overall, almost all from court hearings. You can search through all of the documents. For example, interested in seeing all the times "torture" has been mentioned at a hearing?  There’s also a handy timeline.

We found the project so interesting that we decided to ring Margot Williams, the Times database research editor, who has spearheaded the effort. Margot has been involved in breaking Gitmo stories for years. In fact, she’s such a junkie, she said she put a recording of KSM’s confession on her cellphone.

“I don’t know what compels me to do this, but for years I’ve been compiling lists of people in secret detention. So I’ve been in ‘list mode’ for seven years,” Williams told us.

What the Times did was combine the information Williams has been compiling and linked it up with the government documents on each detainee. “Wikipedia and a few other sites have posted some documents. But they’re not searchable.”

Williams warns that the documents — even the thousands of pages of them — don’t tell anything close to the full story. “This is only one side, it’s not presenting the defense teams’ sides. I’m hoping to get those documents in, but that’s hard because most of them haven’t been posted.

“I’ve read the 16,000 pages.  That’s where I pull the information that goes in the database.  I am a reader of documents. There’s no substitute for reading every line of every page. As they said on the 9/11 commission report, it’s about putting together the mosaic and seeing the patterns.

“In my mind’s eye, this is the form I’d hope the government would make them available in rather than dumping them in unusable formats.  I’m glad we’ve made the documents more useful for people to figure out for themselves who these [prisoners] are.”