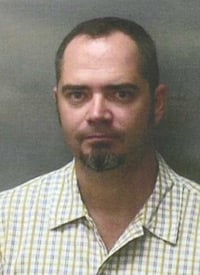 One of the dozens of air marshals featured in a ProPublica investigation last month pleaded guilty Monday to felony injury to a child after crashing a golf cart last summer in his Fort Worth, Texas, neighborhood and seriously injuring his 12-year-old daughter.

A district court judge in Tarrant County sentenced Louie Esparza to six years probation, said assistant district attorney Bill Vassar. Esparza, 40, also must attend alcohol counseling and keep a lock on his car ignition, which he must blow into every time he drives to prove he hasn't been drinking,

After the accident in August 2007, Esparza registered a 0.17 blood-alcohol level, more than twice the legal limit for drunken driving. Esparza's daughter has since recovered from her injuries. His attorney did not return phone calls seeking comment.

Air marshal spokesman Nelson Minerly declined to say whether Esparza remains an air marshal or faced any discipline for the incident. "We cannot confirm the identity or status of current and former air marshals because of security reasons," he said.

The investigation, published with USA Today, found that dozens of federal air marshals have been charged with crimes, including 18 felonies, and that hundreds more have been accused of misconduct. It also reported that the Air Marshal Service has hired recruits with criminal records and relaxed hiring practices over the years.

In addition, several air marshals have kept their jobs despite convictions for alcohol-related crimes, ProPublica found. Agency policy allows drunken driving to be punished with a letter of reprimand, one of the lowest possible penalties.