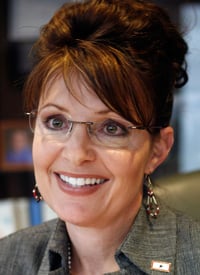 As the media struggles with its collective whiplash over the dark horse pick of Alaska Gov. Sarah Palin as John McCain's vice presidential pick, one thing sure to emerge is her identity as a reformer. In a state where the Republican Party has been mired in corruption, Palin, by casting herself as an outsider in her own party, walked away with the gubernatorial election in 2006 and has managed approval ratings in the 80s and higher ever since.

As a candidate and governor, Palin made an issue not only of the sprawling federal corruption investigation, but also of the state's reliance on federal largesse. Last year as governor, Palin cancelled plans for the so-called "Bridge to Nowhere," the notorious $398 million bridge to the tiny town of Ketchikan. She also signed an ethics reform bill to regulate lobbyist gifts to legislators and outside work by legislators and explicitly ban lawmakers from accepting campaign contributions as bribes.

In recent months, however, Palin has suffered the first scandal of her young administration, spurred by accusations after she abruptly fired Alaska's Public Safety Commissioner Walt Monegan last month. Former state Rep. Andrew Halcro (I), who lost to Palin in the 2006 gubernatorial race, first accused Palin of an abuse of power, writing on his blog that Monegan had actually been fired because Monegan had refused to fire a state trooper named Mike Wooten. Wooten and Palin's younger sister had gone through an acrimonious divorce in 2005 and, Halcro charged, Palin's family still had it in for Wooten.

Palin denied the accusation, saying that she wants a new direction for the department. But the controversy has stretched on, and the state legislature will conduct its own investigation. Earlier this month, the governor's office produced a tape showing that a Palin aide, Frank Bailey, had called Public Safety commish Monegan to say that "the Palins can't figure out why nothing's going on" regarding Wooten. Palin says that Bailey acted without her knowledge and placed Bailey on leave last week pending the investigation. It's an investigation that suddenly has much larger stakes.