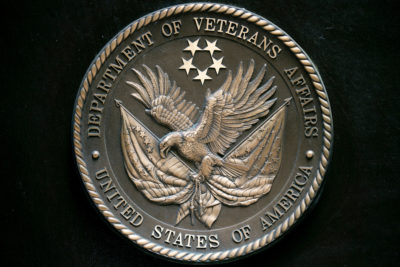 This story was produced in collaboration with PolitiFact.

Since 2014, Congress has pumped $19.4 billion into the Veterans Choice Program to buy private medical care for veterans. We wanted to know how the money was spent.

As of Sept. 30, 2018, the program’s expenditures totaled about $12.6 billion, according to a running tally provided to Congress every two weeks. An additional $2.4 billion has been committed but not yet spent, and there was $4.3 billion left over, according to the most recent report. (We’ve posted a simplified version of this report here. You can also read our story about the VA’s private care program.)

The VA dipped into the Choice program’s funds for $2.3 billion that it needed for other purposes in 2015. So let’s put that aside and focus on the $10.3 billion that’s actually been spent on the Veterans Choice Program.

So how much went to medical care? The biweekly report says $9.8 billion. But that’s misleading, because it includes administrative fees paid to TriWest and Health Net.

The actual amount that Health Net and TriWest have spent on medical claims through the Choice Program is just under $6 billion as of Sept. 30, according to the latest VA report on Choice claims processing.

During the same time period, we estimate that Health Net and TriWest received about $1.6 billion in administrative fees. The VA paid the companies at least $295 every time it referred a veteran to the contractors to receive private care, according to a report by the VA’s inspector general. There were 5.3 million such referrals as of Aug. 28, according to VA data published by the Congressional Research Service. TriWest had another approximately 118,000 referrals in September, according to company data. Health Net didn’t receive additional referrals in September because the VA was preparing to let its contract expire. We arrived at $1.6 billion by multiplying the total number of referrals by $295.

This estimate probably overcounts referrals where the VA didn’t pay the full fee because the veteran never took the appointment or the contractor didn’t submit all the required documentation; the VA and TriWest disputed how much was owed in these instances, according to agency emails.

However, our estimate is conservative because it assumes the contractors’ fee was always $295, when in fact the fee rose as high as $318, according to current and former officials. So perhaps not all the fees were paid, but some were paid at a higher price than we used.

We presented our estimate to the VA and the contractors, asking them to check our math or provide a more precise figure. The VA declined to comment.

Instead of looking at the industry-standard “administrative loss ratio” that we used, which considers total administrative costs and total health care costs, TriWest gave us an average cost that it said yields a lower rate of overhead. TriWest said its average referral cost in the past six months was $2,000 to $2,200, so the $295 fee would amount to 13 percent to 15 percent of that. But this calculation excludes the company’s other administrative costs outside the $295 fee. Also, TriWest’s average could be skewed by a handful of very expensive hospital stays, or because the VA routed costlier referrals to TriWest and handled cheaper services itself. TriWest declined to provide an average over a longer period of time or a median figure, which could provide a more representative picture. 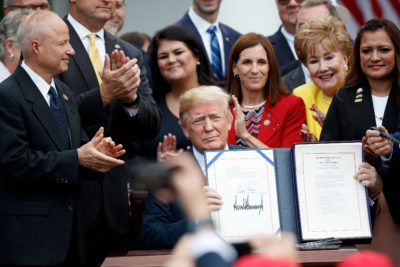 Trump wants to supersize a program that spent almost a quarter of its funds on overhead.

Under the Affordable Care Act, large-group commercial insurers are not allowed to spend more than 15 percent of their premium income on administration, including marketing and profit. Ten percent to 12 percent is the industry standard, according to Andrew Naugle, who advises health insurers on administrative operations as a consultant at Milliman, one of the world’s largest actuarial firms.

For Medicare Advantage plans, company expenses eat up about 13 percent of premiums, according to Doug Sherlock, a researcher who tracks insurance plans that reach over 70 percent of the private market.

For Medicaid managed care, overhead was 8.6 percent in 2017, according to a Milliman survey of 186 companies across 35 states.

The comparisons are inexact. Tricare and Medicare Advantage are mature programs, whereas Choice was new in 2014. But even excluding the $303.6 million in startup costs, the Choice Program contractors’ overhead still amounts to 21 percent.