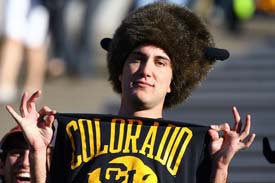 Billions of stimulus dollars had been spent or allocated in Colorado by the end of the third quarter, but The Denver Post reports that the majority of that money had gone to the wealthiest counties. Seven out of 10 counties with the highest unemployment rates in Colorado rank in the bottom half of per-capita stimulus spending, according to the Post. Part of the problem, one small-town administrator says, is that poorer areas can’t afford to get projects "shovel ready" for federal funds. But stimulus administrators point out that merely taking a per-capita look is insufficient because some areas – like Boulder, where the University of Colorado is located – received more funds because of large research grants.

From the smallest of town councils to entire state governments, politicians have been using their stance on the stimulus package as a way to win political favor, reports msnbc.com, and it’s causing some serious headaches. Reporter Mike Stuckey looks at North Platte, Neb., where a former housing authority director got canned for supporting the stimulus, despite the housing authority’s rejection of the funds, and Worland, Wyo.,  where school district trustees turned down stimulus money, despite having low-ranking elementary and high schools.

And finally, The New York Times reports that it’s déjà vu all over again with the health care reform battle, as the political lines being drawn replicate those from the fight to pass the stimulus bill last winter.  A band of centrist lawmakers, including Sens. Olympia Snowe and Susan Collins, R-Maine, Ben Nelson, D-Neb., and  Joseph Lieberman, I-Conn., wielded their considerable power to scale back the stimulus bill, and they’re doing it again on health care reform.