A day after clearing Salim Hamdan of the most serious charges against him, a military jury today sentenced Hamdan to 66 months. Prosecutors in the U.S.'s first war crimes trial since WWII had originally pushed for a life sentence, and even after yesterday's verdict called for Hamdan to be sentenced to 30-plus years.

The jury -- which had been appointed by the convening authority itself -- deliberated for 70 minutes.

The judge had already stated that Hamdan would get credit for the five years he has spent at Guantanamo Bay, meaning he has only another five months of his sentence to serve.

"I wish you godspeed, Mr. Hamdan," the judge said after sentencing. "I hope the day comes when you return to your wife and your daughters and your country.''

Even after Hamdan's "sentence" is up, the military can continue to hold him as an enemy combatant. He can be freed when one of two things happen: 1) the government decides that he is "no longer an enemy combatant" 2) the war on terror ends. 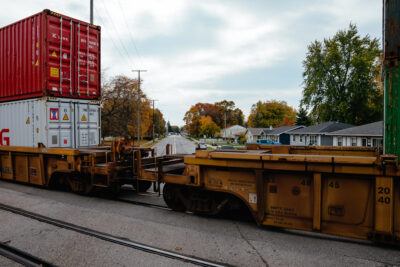 Do Blocked Railroad Crossings Endanger Your Community? Tell Us More.

Workers Across America Break Their Silence on Decades of Asbestos Exposure