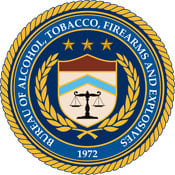 But just a few days later, a report from the Office of the Inspector General shows that the program, funded in part by the stimulus, isn’t using some of its money wisely.

Project Gunrunner, which is an initiative of the Bureau of Alcohol, Tobacco, Firearms and Explosives, has a shortage of Spanish-speaking employees, needs better assessment programs, and plans to open two branches in locations that don’t have serious problems with firearms trafficking or Mexican cartels, according to the report. In response, the bureau agreed with some of the critiques (like the need for Spanish speakers) and rejected others (like the opinion on new bureau placement). The bureau said the inspector general’s report is wrong in finding that two of four new locations – those proposed for Las Cruces and Roswell in New Mexico – aren’t needed, because those are strategic locations for addressing “border-related violence.”

There were some high points too. The inspector general’s report lauds the project for its plans for expansion (including new bureaus where it believes they are actually needed), and says its staffing model is adequate.