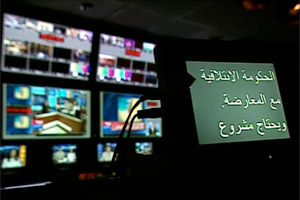 A U.S. government-run TV station that broadcasts news across the Middle East has made some positive organizational changes, but it still suffers from management problems and has been unable to measure its effectiveness, according to a new inspector general's review.

The review by the State Department's inspector general follows a succession of negative reports on the Alhurra satellite station and its affiliate, Radio Sawa, which have cost taxpayers more than $700 million since launching in 2004 to promote American viewpoints in the region.

Alhurra was the subject of a joint investigation in 2008 by ProPublica and CBS' "60 Minutes." The investigation and a series of ProPublica articles revealed staff problems, financial mismanagement and longstanding concerns inside the U.S. government and Congress regarding Alhurra's content, sparking inquiries in the House and Senate.

The new review noted that Alhurra's management "mentioned no major incidents of inappropriate broadcasts or questionable treatment of material," in the last two years. But inspectors did not examine the station's broadcasting content. There is no mention in the report, for example, of internal complaints and reprimands in December 2008 after anchors dressed on-air in all black, as a symbol of mourning and solidarity with Palestinians, during fighting between Israelis and Palestinians in Gaza.

Sen. Charles Grassley, R-Iowa, has sought answers from Alhurra regarding a radio producer who raised concerns of financial mismanagement with the inspector general's office and was dismissed on the eve of the inspection.

The White House has not said whether it intends to overhaul Alhurra's management or reshape its mission, as recommended by a deeply critical transition paper prepared for the Obama administration. A slate of new board members for Alhurra's parent organization, the Broadcasting Board of Governors, is awaiting Senate confirmation. The board also oversees Radio Free Europe and the Voice of America.

Walter Isaacson, a former editor of Time magazine and a former chairman and chief executive at CNN, has been nominated to lead the board. Two Alhurra employees with knowledge of the situation have said privately that administration officials, including newly appointed financial officers at the broadcasting board and officials in the Office of Management and Budget, have pushed for more transparency and tighter controls on spending.

An independent review of Alhurra, released by the University of Southern California's Center on Public Diplomacy in December 2008, found persistent problems. The center's report concluded that the network failed to meet basic journalistic standards, suffered from poor programming and was plagued by perceived bias.

The inspector general's review said Alhurra employs a staff of unequal skill and experience but has "provided training directly responsive" to the USC findings.

Over the past two years, a series of reports by the inspector general have monitored efforts by the station to improve its overall performance. The new review was conducted between last September and December, and its findings were made public Wednesday. 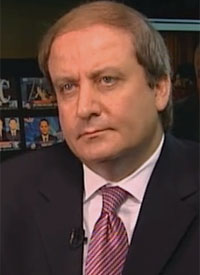 Inspectors offered a number of recommendations. The central finding focused on the performance of the station's vice president, Daniel Nassif. Prior reviews have questioned Nassif's ability to oversee programming at the TV station and Radio Sawa. He has been the subject of internal criticism from employees, including a number of senior programmers and producers who have said they resigned because of him.

The new review notes that Nassif "has exercised much needed journalistic control at Alhurra." But it adds that the station "needs to address a number of newsroom management issues that were reported to the inspectors to have arisen during his tenure or remain unsettled from an earlier time."

According to the review, inspectors "heard consistent reports of poor communication in the news operation. Numerous interviews and questionnaires at all levels painted a picture of a likeable manager who changes his mind frequently, or who would rather give no answer or a vague answer to an inquiry than one that is decisive."

In his defense, Nassif told inspectors that he lacks sufficient decision-making authority. Inspectors said his comments have some merit, but "they do not adequately account for the problems of indecision and lack of transparency identified in the survey."

The report recommended that his exact authority be clarified and urged the president of the network to come up with a way to verify that Nassif "exercises his authority decisively and transparently."

Nassif's wife is an anchor at Alhurra. After complaints of nepotism, the reviewers said, the station has recently banned the hiring of spouses.

Nassif, a native of Lebanon who speaks Arabic fluently, took over the job of vice president after his predecessor, Larry Register, a former CNN producer, was forced to resign following complaints about some of Alhurra's coverage.

In interviews with ProPublica, Nassif and his colleagues have laid much of the blame for Alhurra's past difficulties with Register. But the review says that "during his brief tenure (Register) had instituted a number of changes in Alhurra's news operations that were viewed by some as making the organization more credible and effective."

The review notes that Alhurra suffers from high staff turnover and that eight of 28 management positions are vacant. But it praised efforts by the organization to streamline some production, programming and information technology efforts. The report also found improvements in administrative operations, financial management and internal controls.

A key recommendation is that Alhurra develop alternate ways to measure its effectiveness and impact on its audience. Alhurra has long cited audience "reach" as a yardstick, noting that as many as 27 million Arabic-speakers can watch Alhurra across the Middle East. But inspectors said that measure was not enough to determine the impact of programming or how it can be improved.

The station was set up by the Bush administration. It began broadcasting as U.S. troops faced a growing insurgency in Iraq and U.S. officials were accusing successful Arab news outlets such as Al Jazeera of fanning violence.

Inspections generally focus on management issues, the use of financial resources and whether U.S. foreign policy goals are being effectively achieved. The inspector general's office is conducting a separate investigation of financial mismanagement at Alhurra's Baghdad operation, according to several people involved in the inquiry.