At the absentee ballot parties organized by assistant professor Allison Rank and her political science students at the State University of New York at Oswego, young voters can sip apple cider and eat donuts as they fill out their ballots. But the main draw is the free stamps.

“The stamp was actually the thing I was concerned about,” one freshman told Rank after she explained the process of completing and mailing in a ballot. According to Rank, only one store on the rural upstate campus sells postage. It has limited hours and only takes cash, which many students don’t carry.

It’s not only students who may be short a stamp this election. An increasing number of Americans vote by mail in an age when fewer of us have a reason to keep postage on hand. But it’s long been an open secret among election officials: Even though the return envelopes on many mail-in ballots say “postage required,” the U.S. Postal Service will deliver even without a stamp.

“In cases where postage on returning Absentee or Vote-By-Mail ballots has not been affixed or is insufficient, it is the U.S. Postal Service’s policy to not delay returning ballots to the appropriate Board of Election as addressed on the return ballot envelope,” Postal Service spokesperson Kim Frum said in an email to ProPublica. “The Postal Service is steadfast in our commitment to support democracy. We will not deny a voter their right to vote by delaying a time-sensitive ballot because of insufficient postage.”

Someone has to pay for that stamp, however, which is why neither the Postal Service nor election administrators publicize the fact that your ballot will be delivered without it.

“It’s absolutely the case that postage is required; it’s just a question of if the voter fails to put sufficient postage on, what happens then,” said Tammy Patrick, senior adviser for the elections program at the Democracy Fund. 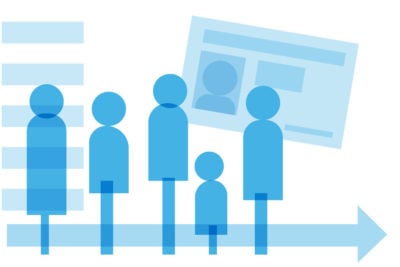 Patrick said that if voters started leaving stamps off their mail-in ballots en masse, it could significantly drive up election administration costs. “We know there are tens of millions of voters who receive their ballots by mail,” she said.

Multiply that by 50 cents for a first-class stamp, or more for longer ballots that require two or three stamps, and the overage charges could run into millions of dollars per election.

Some argue that exercising the right to vote shouldn’t incur a cost on principle, even if it’s the relatively low price of a stamp or two. Maria Swanson, a voter in Pasco County, Florida, was “horrified” to see the words “postage stamp required” on her ballot. “My husband looked at me and said, Who cares about a stamp, but what if you’re elderly or what if you don’t have stamps? How can voting require a stamp?” she told ProPublica. “I never heard in my life of any fee associated with voting.”

Whitney Quesenbery, co-director of the Center for Civic Design, a group that has worked with election officials in California to design vote-by-mail materials, said: “It would be wonderful if it was free postage for all ballots because that’s part of democracy. After all, you’re not using up space at a polling place, you’re reducing lines and keeping the election moving along by voting by mail.”

In 2016, U.S. Rep. Marc Veasey, a Texas Democrat, introduced a bill called the Postage Free Ballot Act, which would give the Postal Service the funding to cover postage for all mail-in ballots. Veasey compared the cost of stamps to a poll tax. “When I was a campaign worker, you would meet people who would want to vote but didn’t have any money for postage,” the lawmaker said in an interview with McClatchy. “It happens more often than people think.” The bill stalled in Congress.

If you’re unsure of the postage required to mail back your ballot, contact your local election office. In some jurisdictions, you can also drop off your ballot at a voting location in person or place it in a secure drop box.

You still have time to get your ballot in the mail, but you’d better hurry. In some states, mail-in ballots must be received by Election Day to be counted, while in others ballots have to be postmarked or received by another specific date. Check with your local elections office to be sure.

You can solve other Election Day-related anxieties using our guide, The Informed Voter’s Guide to Making Sure Your Vote Counts.