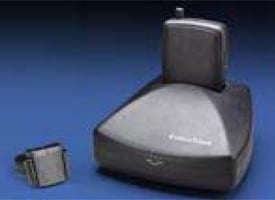 The latest in Detroit’s seemingly bottomless saga: After Mayor Kwame Kilpatrick spent last night in jail for violating the conditions of his bond relating to a perjury and obstruction of justice case, the state’s attorney general charged him this morning with two counts of felonious assault for shoving a sheriff’s deputy.

The mayor is free on bond, but with conditions. There will be no travel. (He’d been planning to visit the Democratic National Convention and vacation with his family in Florida). And to make sure of that, the judge ordered that Kilpatrick wear a GPS tether, a beacon that will alert authorities should the city’s highest official stray.

But maybe Kilpatrick doesn’t need that vacation. According to his lawyer, spending the night in jail might have been just the escape he needed: “It was probably pretty restful, being away from all the phone calls and everything.”