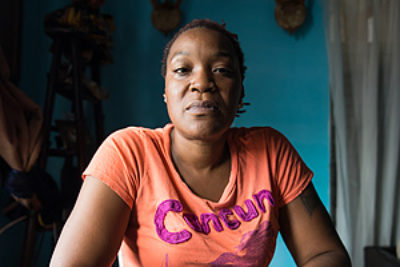 The New York Police Department has continued some of the most controversial elements of its nuisance abatement program, including its practice of seeking temporary orders that force people from their businesses and homes before they have had the chance to be heard in court.

In an analysis of 150 nuisance abatement cases filed over the past six months, The Daily News and ProPublica found that police have sought scores of temporary closing orders as the first step in its actions — civil legal proceedings that target places police say are scenes of illegal activity. The orders can often render entire families homeless, and cause businesses to lose significant revenue, all before they’ve been able to appear before a judge.

Last February, responding to an initial investigation of the nuisance abatement program by the Daily News and ProPublica, Mayor Bill De Blasio said the city was committed to granting fair hearings to any tenants or businesses targeted for enforcement. As well, the NYPD promised a complete review of its nuisance abatement efforts to eliminate any chance that innocent people would suffer consequences before seeing a judge.

Neither the NYPD nor the city’s Law Department would answer questions about the recent use of closing orders or comment on the department’s review of its nuisance abatement enforcement. Police Commissioner James P. O’Neill in a statement called the nuisance law “one of many important tools we use as part of precision policing to continue to drive down crime and protect the public.”

The NYPD has called the decades-old nuisance law a key component of its ability to close down locations that have allegedly become hubs of illegal activity, such as unruly nightclubs, drug locations, brothels, and more recently, bodegas selling synthetic marijuana.

However, an investigation by the Daily News and ProPublica — analyzing more than 1,100 cases filed during 2013 and the first half of 2014 — found police also frequently used the civil actions against households where one or two family members had faced drug charges that were ultimately dismissed, as well as bodegas caught selling beer to under-age undercover auxiliary officers. The orders were sought in virtually every nuisance abatement action, and the targets were almost exclusively located in black and Hispanic neighborhoods.

On Wednesday, the Institute for Justice, a nonprofit legal organization, filed suit against the city in federal court in Manhattan. The lawsuit, filed on behalf of three tenants, asserts that the police use the orders and the threat of permanent eviction to coerce tenants into signing away their constitutional rights. As conditions for getting the orders lifted, tenants often agreed to bar specific family members, to allow warrantless searches of their homes or businesses, and to give up their right to a hearing before being kicked out if accused of wrongdoing in the future.

The city is already defending itself against a legal challenge to the NYPD’s nuisance actions, having been sued by a Queens housekeeper whose family was left homeless for several days after being served with a closing order. The order was intended for alleged drug dealers who had previously occupied the apartment but who had moved out eight months before the order was served. It was immediately lifted after she explained the situation to a judge at her first court appearance. Still, a lawyer for the city argued in a motion filed last month that the housekeeper “was not entitled to any additional process.”

A spokesman for de Blasio said in a statement that the administration had made changes to the nuisance process, despite the recent findings from the Daily News and ProPublica.

“The administration has looked carefully at nuisance abatement protocols and has made reforms to ensure the action’s appropriate use, including shortening the timeline between criminal allegations and abatement action and ensuring that individuals who settle abatement actions are afforded greater protections and judicial involvement,” the statement said. “In instances of residential abatement action, we work to exclude as few people as necessary from the home, determine that the persons accused of wrongdoing still occupy the home, and have all but eliminated the use of the ex parte order.” (Ex parte is the Latin term for an order sought without the other party present.)

The News and ProPublica’s analysis of recent nuisance abatement actions indicates that while the NYPD filed very few cases after announcing its formal review of the program, enforcement began picking up in May. Last month, the police filed 40 cases.

The NYPD sought ex parte closing orders in at least 14 of 44 cases involving homes over the past six months, and judges approved roughly half of those requests.

In the remainder of the cases, the NYPD tailored its ex parte filings against homes to limit those affected to “all individuals arrested within the subject premises within the past year and any and all persons acting individually or in concert with them.”

But not everyone arrested is guilty of a crime. the Daily News and ProPublica found in its investigation last February that fewer than half of the people who were banned from homes or who gave up their leases in settlement for nuisance cases were convicted in the underlying criminal investigation.

In the 150 cases examined most recently, the NYPD sought ex parte orders to shut down businesses while their nuisance cases were being decided in at least 80 of the 106 cases. And judges approved those requests 73 percent of the time.

The News and ProPublica’s review did find the targets of the cases were more evenly distributed throughout the city, and nuisance actions were used much more sparingly against homes. Staten Island was a notable exception. Police filed 10 cases against homes, mostly over the alleged sale of heroin, which has caused a skyrocketing number of overdoses on the island.

Lawrence Byrne, the NYPD’s deputy commissioner of legal matters, said in a statement in response to the Daily News and ProPublica’s recent review that every step of a nuisance abatement action — including the request for a closing order — requires signoff by a judge.

“These are civil proceedings which can be independently undertaken andthe lawdoes not requirethat anyone be arrested or prosecuted in order to bring these cases,” he said. “The vast majority of these civil cases are initiated in response to complaints from the public in areas where specific criminal conditions and activities are occurring. In many of these cases judicially issued criminal search warrants were previously executed at the subject locations.”

In response to the Daily News and ProPublica’s investigation last February, the state’s deputy chief administrative judge, Fern Fisher, sent out an advisory to judges expressing “fairness concerns” about the use of the law. She recommended judges limit the granting of closing orders against homes, particularly in cases where the evidence is old or based “on statements with multiple layers of hearsay and with unidentified confidential informants.”

The orders are sought on an emergency basis, when the criminal activity at a location poses an “imminent” threat to the surrounding community. But the analysis by the Daily News and ProPublica found significant lags between the alleged criminal activity and the enforcement actions. The average amount of time between the last alleged offense and the date the case was filed has remained around five months.City officials had said they wanted to get it down to three months.

And least 18 of the 150 nuisance abatement cases examined recently did not mention an actual arrest or criminal summons — just affidavits from confidential informants or undercover detectives that illegal activity had occurred. Still, judges granted the closing orders in half of those cases.

When asked about the Daily News and ProPublica’s most recent findings, a courts spokesperson responded, “As we continually review and look to improve our case handling, additional recurrent training regarding these cases will be given.”

Meanwhile, the City Council is expected in the coming months to introduce a package of bills that would add safeguards to thenuisance abatement law. A spokeswoman for City Councilwoman Vanessa Gibson, chairwoman of the public safety committee, saidthe council “is diligently working on this issue.”