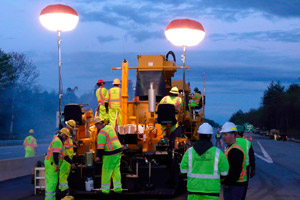 We start today with an Associated Press story that seems to have rattled the White House. The AP reports that the government "has overstated by thousands the number of jobs it has created or saved with federal contracts" from the stimulus. At question is the government's assertion two weeks ago that federal stimulus contracts had created more than 30,000 jobs. The AP reports that the number is overstated by at least 5,000 jobs. According to the story, one company in Colorado said it had created 4,231 jobs thanks to the stimulus, when the real number was fewer than 1,000.

The White House pushed back. Ed DeSeve, a White House adviser on the stimulus, argued that the AP spotted just a few small problems, which the administration has already fixed for its next release of data, scheduled for Friday. "This story draws misleading conclusions from a handful of examples," said DeSeve, who added that the errors are "not significant to the total job count" to be posted on Friday.

The fuss over the administration's job numbers coincides with the release of another set of numbers: third-quarter GDP, which grew at an annualized rate of 3.5 percent. The New York Timesreports that much of the growth can be attributed to the billions spent on the stimulus, producing what one economist called "an artificial recovery." The Washington Post's Frank Ahrens expands on that point, arguing that unemployment will still be the number to watch.