Update: We've just added the scandal under "Sex, Drugs, and Oil" to our Scandal Watch. 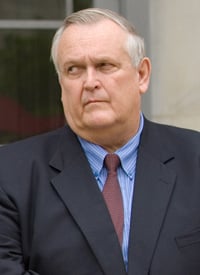 There's quite a scandal brewing at the Interior Department. According to a series of reports sent to Congress today by the department's inspector general, Interior employees rigged oil contracts, took money as oil consultants, had sexual relationships with oil and gas company representatives, and engaged in other misconduct.

The accusations -- centered on the Minerals Management Service, which collects about $10 billion in oil and gas royalties annually -- are detailed at length in an article just out from the New York Times.

Since the reports don't seem to be publicly available, we thought we'd post them.

Some of these files are quite large, so beware.

In a cover letter (PDF), Inspector General Earl Devaney details the "culture of ethical failure" in the department.

In the first report (PDF), investigators focus on Gregory Smith, the former program director of the royalty-in-kind program. As the Times reports, "The report accuses Mr. Smith of improperly accepting gifts from the oil and gas industry, of engaging in sex with two subordinates, and of using cocaine that he purchased from his secretary or her boyfriend several times a year between 2002 and 2005."

The second report (PDF) look at the Interior officials who marketed taxpayers' oil. From the Times: "The report found that 19 officials -- about one-third of the program's staff -- accepted gratuities from oil companies, which was prohibited because they conducted official business with the industry."

And the third report (PDF) focuses on Lucy Denett, the former associate director of minerals revenue management, who allegedly manipulated the contracting process to steer a contract to her friend Jimmy Mayberry. Mayberry pleaded guilty to conflict of interest charges earlier this year.