A new Trump appointee to the United States’ foreign aid agency has a history of online posts denouncing liberal democracy and has said that the country is in the clutches of a “homo-empire” that pushes a “tyrannical LGBT agenda.”

In one post, Merritt Corrigan, who recently took up a position as deputy White House liaison at the U.S. Agency for International Development, wrote: “Liberal democracy is little more than a front for the war being waged against us by those who fundamentally despise not only our way of life, but life itself.”

Corrigan’s new position in the Trump administration, confirmed by two officials, has not been previously reported.

Corrigan previously worked for the Hungarian Embassy in the United States and tweeted that Hungarian Prime Minister Viktor Orban is “the shining champion of Western civilization,” Politico reported last year. An embassy spokesman, Béla Gedeon, said Corrigan left her position there in mid-April.

Orban, a far-right politician, has cracked down on civil society, academic freedom and other liberties. USAID has recently partnered with Hungary to help Christians in Iraq, a pairing that some career USAID officials said they found unsettling.

Asked about Corrigan’s writing, acting USAID spokesperson Pooja Jhunjhunwala said the agency has a “zero-tolerance policy of any form of discrimination or harassment based on gender, race, sexual orientation, religion or any other possible distinguishing characteristic that can define any of us.” 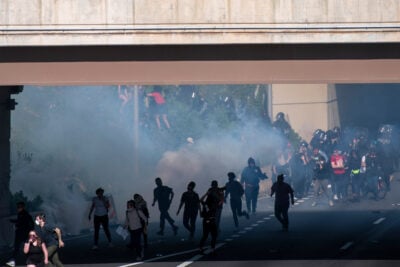 In the middle of a respiratory pandemic, law enforcement agencies have used tear gas in especially dangerous ways.

“All employees are held to the highest of standards and are expected to treat one another with dignity and respect. Period,” she said. “This includes political appointees, civil servants, foreign service officers and contractors.”

Corrigan did not respond to emails asking about her past comments.

Politico reported last year that Corrigan wrote on her Twitter account that “our homo-empire couldn’t tolerate even one commercial enterprise not in full submission to the tyrannical LGBT agenda.” Corrigan’s Twitter account is now private.

In October, Corrigan wrote an op-ed in The Conservative Woman, a London publication, decrying “the false song of feminism” and calling for women to take up traditional roles of mother, wife and homemaker.

“A woman today is expected by society to come to marriage and motherhood in physical and spiritual decline, if ever,” she wrote. “This is the life women have been offered by those who would rather us toil away as isolated economic units for faceless corporations, far from the natural pleasures of the domestic, far from the guardianship of a loving husband, and far from the life-giving experience of motherhood.”

Corrigan’s biography on the website described her as a “conservative political strategist.” She was on the payroll of the Republican National Committee between 2016 and 2018, according to campaign finance records.

Her stated positions put her directly at odds with the stated goals of her new employer. USAID uses a “liberal democracy index” as one of its metrics in deciding whether a country is self-reliant, and it has an entire office dedicated to gender equality and women’s empowerment. The agency’s website says it is working for a world in which LGBT people are “respected and able to live with dignity, free from discrimination, persecution, and violence.”

Beirne Roose-Snyder, director of public policy at the Center for Health and Gender Equity, said, “An appointee who eschews gender equality, meaningful democracy and LGBTI rights cannot possibly fulfill the mission of USAID.”

Corrigan’s appointment is the latest example of the Trump administration bringing in officials to USAID whose stated views put them at odds with the agenda the agency says it promotes.

USAID’s new deputy chief of staff, Bethany Kozma, was previously an anti-transgender activist who wrote in 2016 that transgender girls are boys “claiming gender confusion.” Kozma was formerly a senior adviser for women’s empowerment at the agency.

And last week, The Washington Post reported that a Tea Party activist with a history of making and sharing anti-Islamic comments on his personal social media profiles would be the agency’s new religious freedom adviser. News of the appointment sparked criticism from Muslim groups in the U.S. and the Anti-Defamation League. 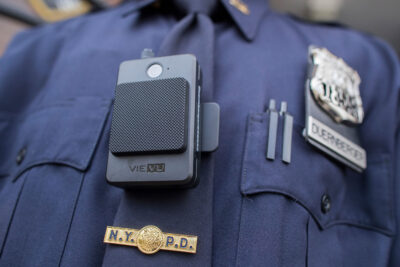