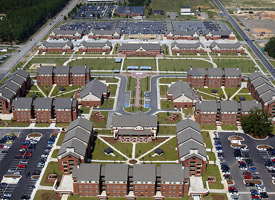 Despite the Obama administration’s pledge that stimulus contracts would involve competitive bids, the Defense Department has awarded 570 no-bid contracts for military base repairs, according to an analysis by the Associated Press.

With $5 billion available for education innovations, some states and school districts are passing laws that will open the door to more charter schools, reports The Wall Street Journal. The states are heeding the advice of Education Secretary Arne Duncan, who has said limits on charter schools -- which are often non-unionized -- might prevent states from winning the funds. Tennessee, which had one of the least-developed charter systems in the country, recently passed a bill to increase the number of charter schools.

Administration officials went back out on the stump. Vice President Joe Biden on Thursday defended the stimulus in Richmond, Va., which is the congressional territory of Eric Cantor, the House Republican whip and stimulus critic. Administration officials like Jared Bernstein, Biden’s top economic adviser, volunteered interviews with reporters to discuss the stimulus, the LA Times reports. In those off-camera briefings White House Press Secretary Robert Gibbs told reporters the stimulus was designed to “stabilize” the downturn. Secretary of Transportation Ray LaHood on Wednesday delivered his rebuttal to growing Republican criticism before an audience at the Center for National Policy. Earlier this week the American Association of State Highway and Transportation Officials held a news conference in Seattle to promote the stimulus’ successes, StateLine.org reports. Officials pointed to more than 2,000 projects around the country that are in progress.

Rather than saving or creating jobs, the Fayetteville School District in Arkansas is using stimulus funds to essentially double the pay for a small number of teachers in a summer program that seeks to boost at-risk kids up to their grade level in reading. The teachers will now rake in $8,000 for 15 days of work. The teachers have already been told that the pay raise will not persist next year. “It’s a development year” for the program, explained Linda Auman, the district’s chief academic officer.