NYU said on Monday that it had hired a prominent law firm to investigate whether the namesake of its school of education, Michael H. Steinhardt, had engaged in inappropriate conduct with students, faculty or staff.

The review will be headed by Joan McPhee, a lawyer who last year helped lead an investigation of Lawrence G. Nassar, a USA Gymnastics team doctor who last year was sentenced to 40 to 175 years in prison for sexually abusing young women. McPhee was hired by NYU as part of its response to a New York Times-ProPublica article that alleged a pattern of crude and demeaning sexual comments by Steinhardt toward women over decades.

Steinhardt, a hedge fund pioneer and philanthropist, denied many of the specifics of the allegations, saying that his behavior was always meant in jest, and never involved physical contact.

The allegations, which were published in March, prompted some students to ask for the school to be renamed. The school's student body is predominantly women.

"As somebody who is graduating, I don't want to accept a diploma with this man's name on it," Beena Rachel Jacob, a 23-year-old senior in the education studies program at NYU Steinhardt, said on Monday.

After the article was published, the dean of NYU Steinhardt, Dominic Brewer, told the school's community in a statement that while the Steinhardts had been generous, "the kind of remarks and behavior recounted in the news story are out-of-step with our school's values and how we expect people to conduct themselves in this day and age."

The university, he wrote, would undertake a review of Steinhardt's interactions with NYU students, faculty and staff. Monday's announcement, which came as the academic year was ending, was the first update about the situation the school had provided.

"The only new development is the identity of the law firm that is handling the previously-announced investigation," said a lawyer for Steinhardt, Tom Clare.

The firm set up a phone number and email address where people could give an account of improper behavior. Clare called that step "routine" for this kind of investigation. 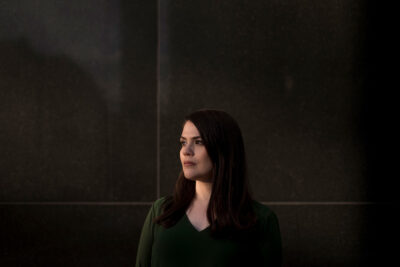 “Institutions in the Jewish world have long known about his behavior, and they have looked the other way,” said one of seven women who have recounted Steinhardt making sexual requests. Steinhardt denied many of the allegations but apologized for “boorish” comments.

Carol Anne Spreen, an associate professor of international education at Steinhardt, said that the university's response should not just depend on what may have happened on its campus. "I know students are really upset," Spreen said. "It's about how the university gets represented out in the public. It's not just about their experiences with him."

In the article, six women said in interviews, and one said in a lawsuit, that Steinhardt asked

them to have sex with him, or made sexual requests of them, while they were relying on or seeking his support. He also regularly made comments to women about their bodies and their fertility, according to the seven women and 16 other people who said they were present when Steinhardt made such comments. None of the incidents described by the women were alleged to have occurred at NYU

"As I have said before, I deeply regret cavalierly making comments in professional settings that were boorish, disrespectful and just plain dumb," Steinhardt said in a statement in response to the article.

McPhee, formerly a federal prosecutor in Manhattan and now a partner at Ropes & Gray, did not respond to a request for comment. She was one of two lawyers commissioned by the United States Olympic Committee who led a 10-month investigation into Nassar.

Several students at NYU Steinhardt said in interviews on Monday that many of their peers were appalled after hearing allegations against the school's namesake. But efforts to hold protests or write petitions failed to gain traction, the college newspaper, the Washington Square News, reported in early April.

After the couple's initial donation in 2001,  Steinhardt and his wife gave $20 million to NYU between 2006 and 2014 to support programs and fund scholarships. Judy Steinhardt is among the university's 61 voting board of trustee members.

Morin Mikaya, a 24-year-old who is studying for a master's degree in drama therapy, said Monday that she was encouraged by the call for people to report potential incidents of misconduct.

"I always think that these things should be done quicker," she said. "That's the thing with big universities. Everything moves slowly. There's a lot of bureaucracy. But this is a good thing."

At least one school has already responded to the allegations against Steinhardt. Abraham Foxman, the former longtime head of the Anti-Defamation League, was asked not to give a planned graduation speech this year at Hebrew Union College-Jewish Institute of Religion, the nation's main Reform Jewish seminary, because of his remarks in support of Steinhardt in the Times-ProPublica article.

The seminary had asked Foxman for a public clarification of his remarks, "which appeared to dismiss the seriousness of sexual harassment and failed to condemn the behavior described," the college said in a statement. When Foxman declined to provide one, his invitation, which included an honorary degree, was rescinded. Foxman was traveling Monday and could not be reached for comment.

One of the women who had alleged inappropriate remarks by Steinhardt was a rabbi who had graduated from and taught at the seminary. Andrew Rehfeld, the seminary's president, said on Monday that he was proud of his students and alumni for voicing their concerns. "It is really a reflection of our values about treating every human being with dignity and respect," he said.