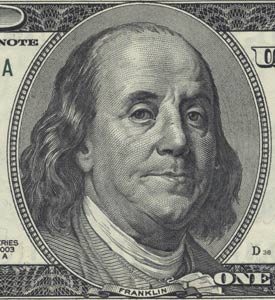 Every month, the Treasury Department gives an update on its $50 billion mortgage modification program. We've posted the latest breakdown of how the largest servicers are doing.

Treasury used the occasion of the report's release yesterday to trumpet a "milestone": More than 500,000 homeowners have begun a trial modification under the program. This was a goal set by the administration itself back in July, and, as we observed at the time, there was little doubt they'd meet it.

But it's an accomplishment rife with caveats, as a reportreleased this morning by the bailout's Congressional Oversight Panel makes clear. The plan's success will ultimately depend on how many of these modifications actually prevent foreclosures, the report stresses, and the number of trial modifications doesn't answer that question.

Under the program, homeowners approved for a modification undergo a three-month trial. If they succeed in making their adjusted payments throughout, then the modification becomes permanent. If they don't, then they're back to square one. As of Sept. 1, the report says, only 1,711 homeowners had run that gantlet.

It's unclear why the number is so low. In mid May, Treasury announced that more than 55,000 homeowners had begun trial modifications. The report stresses that the number is "preliminary" and says the low number may in part be because mortgage servicers are slow in assembling the final documentation or getting the data to Treasury. But another possibility may be that borrowers are re-defaulting in large numbers. The panel is "hopeful" that's not the case, the report says, but adds that if the number of permanent modifications doesn't rise fast, the program "will come nowhere close to keeping up with foreclosures."

Of course, the program's first six months has been chiefly marked by homeowners' frustration in even getting to the trial stage. Treasury's results show that servicers' performance hasn't accelerated over the past three months: each month, servicers have begun about 125,000 trial modifications.

As you can see from our breakdown by servicer, Bank of America, the biggest participant in the program, continues to lag behind others in its pace. As of Sept. 30, it had started trial modifications for about 11 percent of customers eligible for the program. Overall, servicers had started trial modifications for only about 487,000 homeowners, about 16 percent of those eligible.