A: We’ve made it easy to search for doctors and other health providers who are active in Medicare’s prescription drug program, called Part D. You can find out how many prescriptions each wrote and which drugs were prescribed. You can compare your doctor to others in his or her specialty and state. And you can check out the drugs you are taking or any that your doctor recommends.

Q. Is this new information?

A: ProPublica began publishing this tool in 2013, at first using data obtained under the Freedom of Information Act. Beginning in April 2015, the Centers for Medicare and Medicaid Services published the information on its website.

Q. What is Medicare Part D?

A: Congress approved the Medicare Modernization Act in 2003 to provide affordable prescription drugs to seniors and the disabled. More than 42 million people are now enrolled in private insurance plans that pay most of the cost of their drugs. The federal government spent more than $80 billion subsidizing the program in 2015.

Q. Where does this data come from?

A: When pharmacies dispense prescriptions to Medicare patients, they transmit information to Part D plans about the patient, the prescriber, the drug, its strength and retail cost. The plans pay the claims and then submit the data to the Centers for Medicare and Medicaid Services, which oversees Medicare.

Q. Are all health providers included in this tool?

A: No. To be included, a health care provider had to write at least 50 prescriptions for at least one drug, including refills, within the Part D program in 2015. About 447,000 providers met that criteria. Providers include doctors, nurses, physician assistants and others who can prescribe. The data does not identify patients.

Q. What sort of things can I learn?

A: For all health providers included in this tool, you can see how many prescriptions they wrote, their most-prescribed drugs and how they compare with others in their state who have declared the same specialty. You can search for a specific doctor or browse by state or medication. You can also identify top prescribers for each drug, state and specialty.

Q. How can this be helpful?

A: You can learn whether your physician or other health professional has experience using a particular medication. You can see whether or not a drug is commonly prescribed. You also can see which drugs other doctors frequently prescribe and compare them with medications you or a family member are taking or are considering. You can see whether your doctor is prescribing a drug that his or her peers do not routinely choose.

Q. Where can I look up my doctor or my drugs?

A: On the main search page of Prescriber Checkup is a box to enter your health provider’s name. Also on the page is a list of all drugs prescribed at least 50 times by a doctor in Part D. If your drug is on that list, click on it to view the top prescribers.

Q. Why is my health provider not in here?

A: Medications administered to Medicare enrollees during an office visit or in a hospital are covered by another part of Medicare, not Part D. That means it will not show up in our data. In addition, providers that did not write at least 50 prescriptions (including refills) of at least one drug under Medicare Part D will not show up.

Q. What do the rankings mean?

A: On each prescriber’s page, drugs are listed according to the number of claims. The adjacent column shows the rank of those drugs among all prescribers in that specialty and state. When there are fewer than 20 specialists in a given state, no comparison rankings will be shown.

Q. Why is there additional information about antibiotics, opioids and risky drugs and antipsychotics for seniors?

A: These classes of medications are sometimes given for inappropriate reasons. Antibiotics, which can be appropriate for bacterial infections, are often misprescribed for viral infections, such as the cold or flu. Misuse and abuse of narcotics led to some 16,000 overdose deaths in 2014. Antipsychotics are sometimes given inappropriately to nursing home patients to sedate them, despite warnings that they can lead to harm and death. And some drugs have been labeled by the American Geriatrics Society as being especially risky for seniors. A high rate of prescribing doesn’t itself signal a problem, but the data allows you to compare prescribers and ask informed questions.

Q. How did you calculate state and specialty averages for antibiotics, opioids and risky drugs for seniors?

We calculated these averages only among providers who had 100 or more Medicare Part D beneficiaries in 2015. If a doctor prescribed antibiotics or opiates to at least one but fewer than 11 beneficiaries, Medicare redacted the precise number due to privacy concerns. The program did the same if the number of claims for risky drugs for seniors or antipsychotics was lower than 11. For those providers, we assigned them a midpoint of 5 for purposes of calculating averages. (We do not, however, display the individual rates for doctors whose figures were redacted.)

Q. How do you know a provider’s specialty?

A: We used the primary specialty chosen by the health professionals themselves. Providers are required to identify this specialty when they apply for a federal health care ID number. (In cases in which we did not have a prescriber’s ID number, or if a specialty is not specified, no comparisons are shown.) A provider’s chosen specialty doesn’t always mean the person has special training or certification. For example, some doctors select a specialty called “Specialist,” which can be a catchall for providers of different fields. Also, doctors may have incorrectly entered their specialty or may have changed specialties without updating their profiles.

The date each provider updated his or her profile is noted.

Q. My doctor ranks as a high prescriber for some drugs. Is that bad?

A: Not necessarily. Some doctors treat more seniors and disabled patients than their peers, and naturally their numbers would be higher. For instance, they may see many patients in institutional settings, such as nursing homes. At the same time, if your doctor’s most frequently prescribed drugs differ from those of his or her peers, it might be worth asking about.

Q. What does it mean if my doctor has longer or shorter average prescription lengths?

A: When a provider writes a prescription, he or she specifies how many days the patient should take it. We looked at the average length of prescriptions for every drug and every provider and compared it to peers in the state. In some cases, for example, a provider may write shorter prescriptions while adjusting a patient’s medication. That could make the provider’s prescription count may appear higher than peers. On the other end, if providers write prescriptions for more days than average, they may have fewer prescriptions.

Q. Do providers report to Medicare the drugs they prescribe?

A: No. Drugs are attributed to each prescriber by a pharmacy as part of a reimbursement claim. They include both original prescriptions and refills. The totals do not include prescriptions written but not filled. In some cases, physicians specializing in nursing home care told ProPublica that their totals also appear to include prescriptions by others in their practices. And a handful of physicians say their provider IDs were unwittingly used to commit fraud.

Q. Does this include prescriptions outside of Medicare?

A: No. ProPublica was able to get this data from Medicare because it is a public program. Private insurers are under no obligation to release prescribing data and do not.

Q. What about the cost of drugs?

A: Each prescriber’s profile page notes the total retail price of their drugs and the average price per prescription. These prices include patients’ copayments and the amount reimbursed by Part D insurance plans. But the costs do not reflect confidential rebates that drug companies negotiate with insurers. As such, the listed price is likely higher than the final price paid. A report from the inspector general of the Department of Health and Human Services calculated overall manufacturer rebates of 19 percent for the 100 brand name drugs Part D spent the most money on in 2009. More recent reports suggest that figure has increased.

Q. What does the bar graph in the ‘How This Provider’s Patients Compare’ section of a provider’s page mean?

A: The bar shows whether a provider’s patients are sicker or more complex than those of their peers. The measure, released by Medicare, takes into account patients’ characteristics to estimate whether they are expected to have above-average Medicare spending. It considers patients’ age, sex, diagnoses from the past year and other factors.

Q. Anything not included in this data? 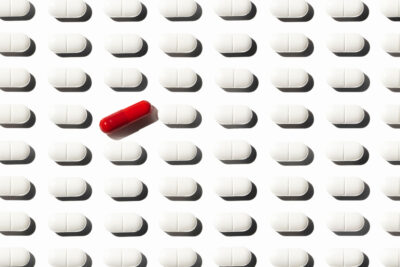 A: The data doesn’t cover Medicare enrollees who receive drug coverage from their current or former employers, the U.S. Department of Veterans Affairs or some retiree health plans. Part D does not include drugs dispensed in a hospital, hospice or during some short rehabilitation stays in a skilled nursing facility. It also does not include medications administered in a doctor’s office, such as intravenous cancer drugs. These are covered by other parts of Medicare.

Q. Do doctors change their favored drugs over time?

A: A provider may change their drug choices for a variety of reasons. New research might show that a drug works better or worse than previously thought. In addition, since 2015, some brand-name drugs have lost patent protection and doctors may now be prescribing the drug in its generic form. Additionally, new drugs have come on the market.