Last month, we announced a project in which ProPublica would pay for a reporter next year to do investigative journalism at up to six news organizations across the country. 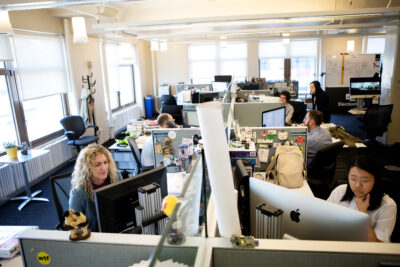 Accountability reporting has shrunk in many areas of the United States. Here is what we are doing about it.

Our theory was that many journalists and local news organizations were aching to do this kind of work, which is vital to our democracy, but have been hamstrung by constraints on resources and time. By offering financial and editorial support, we figured we could help create a path for crucial accountability journalism that wouldn’t otherwise be done.

So how’s our theory working out? Last week, a few of us guessed how many applications we’d get. The smart money was on 75. (No, we didn’t actually bet money.) By the time the deadline hit on Sunday, we’d gotten 239.

It wasn’t just the number of proposals that surprised us, but also the breadth.

The topics represented a remarkable collective picture of the issues facing our society — both those that are well-known and those that are not yet widely appreciated. The applications focused on everything from police brutality to the opioid crisis to influence peddling to Native American issues.

In asking newsrooms to apply, we said we were open to those working in any medium. People took us up on it: We received 42 applications from radio stations, 20 from TV stations, dozens from newspapers and dozens more from websites — plus at least one podcast-only pitch.

Then there’s the geographical diversity: One goal of our project is to do journalism that is both about and emanates from communities that ProPublica might not otherwise reach. We received applications from 45 states, plus Washington, D.C., and Puerto Rico.

We’ve already spotted some great projects that have been submitted. We’ll announce the winning proposals in early December. But one thing is already clear: There’s a deep desire to do substantive, important journalism at news organizations across America. And that’s a great thing.