ProPublica on Wednesday announced six new spots in its Local Reporting Network that will be devoted to accountability journalism by local public broadcasting organizations. Reporters and their news organizations will spend a year working on deep-dive projects with financial support and guidance from ProPublica.

At a time of cutbacks throughout the news industry, and particularly by mainstream news organizations, public radio and television serve an increasingly important role in informing their communities. The work will be supported by a grant from the Abrams Foundation.

Applications are due by 11:59 p.m. PST on July 12. National news organizations are not eligible to apply; all other public broadcasting newsrooms are. The reporters will begin their work on Sept. 1 and will join more than 15 continuing Local Reporting Network efforts.

The latest news about the ProPublica Local Reporting Network, including updates about our application process.

The ProPublica Local Reporting Network, introduced to help create vital investigative journalism in communities where these stories would otherwise not be done, began publishing in 2018. It has already included a number of public radio stations, including WNYC in New York; WBEZ in Chicago; The Public’s Radio in Providence, Rhode Island; WMFE in Orlando, Florida; NPR Illinois in Springfield; and Oregon Public Broadcasting in Portland.

Through the initiative, ProPublica pays the salary, plus an allowance for benefits, for full-time reporters at partner news organizations dedicated to ambitious investigative projects. Local reporters work from and report to their home newsrooms, while receiving extensive support and guidance for their work from ProPublica, including collaboration with a senior editor and access to the nonprofit newsroom’s expertise with data, research, engagement, video and design.

ProPublica’s local journalism strategy includes not only the Local Reporting Network but also ProPublica Illinois, a team of reporters and editors covering important issues in that state, and an investigative unit in Texas in collaboration with The Texas Tribune.

The Local Reporting Network’s impact has been significant.

The Anchorage Daily News, in a first-of-its-kind investigation, found that one in three communities in Alaska has no local law enforcement: no state troopers to stop an active shooter, no village police officers to break up family fights, not even untrained city or tribal cops to patrol the streets. Following that coverage, U.S. Attorney General William P. Barr visited Alaska and later declared a state of emergency, releasing millions in federal funds to devote to the problem. The newspaper was awarded the 2020 Pulitzer Prize for Public Service.

In Rhode Island, The Public’s Radio reported how 911 call takers were not trained to provide CPR instructions by phone and about people who died after those call takers failed to give proper guidance. The state legislature added money for training to the state budget. 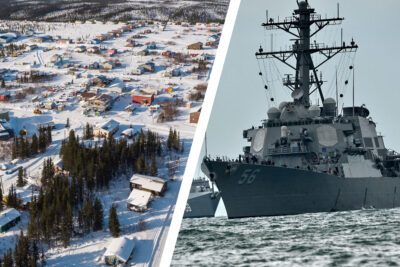 The two designations are ProPublica’s 6th Pulitzer win in 12 years and the first Pulitzer awarded to a Local Reporting Network partner.

WNYC reported on how a company in Camden, New Jersey, provided a false answer on an application for tax breaks, leading the state to freeze the tax break pending further investigation.

And MLK50, a nonprofit news organization in Memphis, Tennessee, reported on how the area’s largest hospital system sued and garnished the wages of thousands of poor patients, including its own employees, for unpaid medical debts. The hospital subsequently curtailed its lawsuits against patients, erased $11.9 million in unpaid medical debts, dramatically expanded its financial assistance policy for hospital care and raised the minimum wage it pays employees. The stories won the Selden Ring Award for Investigative Reporting.

More information on the ProPublica Local Reporting Network and the application process can be found here. Applications are due by 11:59 p.m. PDT on July 12.