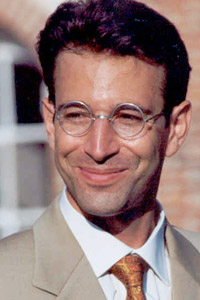 Today, the International Consortium of Investigative Journalists announced that T. Christian Miller and the team responsible for the "Disposable Army: Civilian Contractors in Iraq and Afghanistan" series are finalists for the Daniel Pearl Awards for Outstanding International Investigative Reporting. According to the Center for Public Integrity, who sponsors the award, the prize was specifically created to honor cross-border investigative reporting.

Miller was nominated along with Doug Smith and Francine Orr of the Los Angeles Times and Pratap Chatterjee, a freelance journalist, for his series of reports about the obstacles contractors who are injured in war zones face when they go home and try to collect their legally mandated benefits. Earlier this year, Miller was also honored with the Selden Ring Award for this series.

You can see all of the finalists here. Congratulations to everyone!