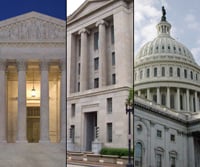 It's 2009 and the official beginning of awards season. Not just for Hollywood celebrities or pop music artists -- or journalists. We've taken a look through the magnifying glass of our logo and noticed that some of the people who do outstanding investigative work are almost never recognized for their important efforts. These people work in agencies such as the Government Accountability Office and the offices of various inspectors general, attorneys general, state auditors and comptrollers, congressional committees, special counsels, prosecutors and many more. They do unheralded work issuing reports that hold elected officials, government employees and others with power accountable.

So to recognize their contribution to more effective government, we created the ProPublica Prizes for Investigative Governance. The Prizes will honor the people who produce investigative reports that -- similar to our own mission -- achieve impact in the public interest by exposing exploitation of the weak by the strong and the failures of those with power to vindicate the trust placed in them.

Anyone can nominate an entry -- journalists/bloggers, government officials, citizens or even self-nominations -- so spread the word. To be eligible, entries should have been released in 2008 and the entry form (which can be downloaded here), along with a copy of the work, should be sent to the address below. Prizes will be awarded in five categories:

The nominations will be judged by a panel of distinguished journalists and former public officials (click here for a complete list of the judges). All entries should be sent to ProPublica Prizes, One Exchange Plaza, 23rd Floor, New York, NY 10006 (212-514-5250); they're due by Jan. 31, 2009. Winners will be honored at a luncheon in Washington, D.C., this spring. If you have any questions or would like more information, please contact us at [email protected].