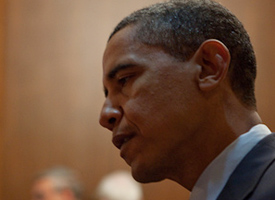 Obama's economic team finally did get a bit more specific with their plans for the second $350 billion of the TARP, and it was enough to win the day in the Senate. On a 52-42 vote, the Senate voted to release the money.

The specifics came this afternoon in a second letter from Larry Summers (PDF), Obama's pick to lead the National Economic Council. Summers' letter on Monday, we pointed out, was short on specifics. This time, Summers did lay down some benchmarks, though the letter does still deal largely in general principles.

Among the new specific proposals: $50 billion to $100 billion for a "sweeping effort to address the foreclosure crisis" and a requirement that "executive compensation above a specified threshold amount be paid in restricted stock or similar form that cannot be liquidated or sold until the government has been repaid."

It still looks like we'll have to wait a little longer for the nitty gritty of the incoming administration's plan.