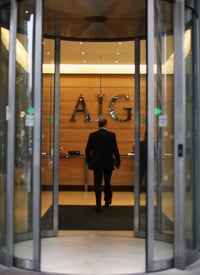 Last week we reported that while AIG has sold — or agreed to sell — a dozen subsidiaries as part of its efforts to repay the $85 billion it still owes taxpayers, the company is keeping the financial terms of nearly half those sales secret.

On Friday afternoon, AIG announced that it had completed the sale of two subsidiaries in Mexico. Though the sale is now final, in a press release the company repeated its mantra: "Terms of the transaction were not disclosed."

Treasury officials told us last week that they are "actively monitoring" AIG's sales, but they would keep AIG's confidence about how much the company was getting for the pieces of its former empire, at least "until binding sales are announced." Treasury officials did not return our e-mail or a call asking whether they would release that information now that the sales are final.

Why does this matter? As financial risk analyst Sylvain Raynes told us last week, the secrecy raises questions as to whether AIG is getting a good deal for the taxpayer, which owns nearly 80 percent of the company and is owed $85 billion in loans. "There's nothing wrong with private transactions between consenting adults," said Raynes, founder of R&R Consulting, a firm that analyzes market risk. "But when the government is involved, everything changes."

But Paul Hickey, of Bespoke Investment Group, says companies frequently decide not to disclose financial terms. "Companies sometimes withhold that information whether it's a small deal or they just choose not to," he said.

Requiring that AIG comply with higher standards of transparency than other companies could also damage the firm's chances of getting the best prices, Hickey said.

"If I'm an investment firm and I do show interest in an asset, do I necessarily want the public knowing what I paid for it? Especially with AIG, given that anyone who makes a profit, Congress gets all up in arms about it. It could open them up to too much criticism," he said. "But you can also see how people would say, oh they're not publicizing the terms of the deal because they're not getting enough money from them."

AIG delivered the news through its new "senior vice president-divestiture," Alain Karaoglan. As we pointed out a couple weeks back, Karaoglan was once one of AIG's most ardent critics. As a Deutsche Bank analyst in 2005, he co-authored a scathing 31-page report that pointed out large disparities in how AIG reported earnings, dissected the way AIG valued its companies, and argued that the whole business was overvalued.

Karaoglan again declined to speak with us about that report, or about the Mexico sales he just announced.