On-the-ground reports are beginning to trickle in from the ProPublica Reporting Network, our new citizen journalism initiative. These reports are filed by readers who adopted a local road or bridge reconstruction effort as part of our first mission, Adopt a Stimulus Project.

Analyzing the stimulus's impact from the ground up requires getting down into the weeds. Our initial tasks are figuring out the scope of individual projects -- sometimes descriptions provided by the Department of Transportation are unclear --  and identifying start dates. While individual data points may not be that interesting on their own, together they'll sketch a broad picture of the stimulus.

Soon we'll launch tools where our readers can easily collaborate. If you'd like to join our growing network of stimulus monitors -- 700-plus and growing -- just sign up to the right. In the meantime, check out our first reports: 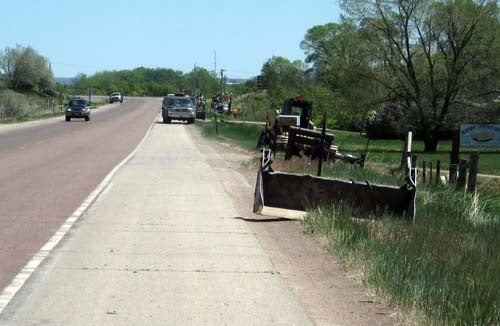 Michele Kelly of Washington, D.C., on "Upgrade 25 block faces to comply with Downtown Streetscape and Streetlight Regulations," costing $8,330,810 (ID: DISTRICT OF COLUMBIA_Transportation_8888323):
"The District Department of Transportation (DDOT) has published a pdf file listing 15 road and bridge projects approved for funding with stimulus money. The above-referenced project is described as follows: Downtown Business Improvement & Streetlight and Streetscape Project. Federal Funding Requested ($100,000 minimum): $6-$9M. Readiness: Construction begins Summer 2009. A section of the District website directs readers to the Office of Contracting & Procurement's e-solicitation site to review posted bid solicitations on federal stimulus projects. (The site reports that three projects on the list of 15 are on the contracting & procurement page.) I found the solicitation for the above-referenced project. It was issued May 7. The close date is June 10. A pre-bid conference for information was held 5/29/09. I have yet to learn details about the above-referenced project (exactly what work will be done)."

Erica Salamida of Sommerville, Mass., on "a State Highway resurfacing project including new pavement, guardrail, painting and signage" costing $4,959,250 (ID: MASSACHUSETTS_Transportation_001S924):
"This project is comprised of two segments on Route 2A from Walden to Sudbury. Segment 1: Mile marker 121.96 (9 acre corner) to mile marker 120.81 (Elm St.) Segment 2: Mile marker 123.95 (Walden St.) to mile marker 122.85 (Sudbury Rd.) The project received a notice to proceed and was contracted out to D&R General Contracting on May 9. On the Mass Highway Dept. website, the project is slated to start in Spring 09, and conclude in Fall 09. The project will take 540 calendar days from the start date. Next steps: I will follow up with the District 4 Construction Office (Marie gave me the phone number) to obtain further details on start date." 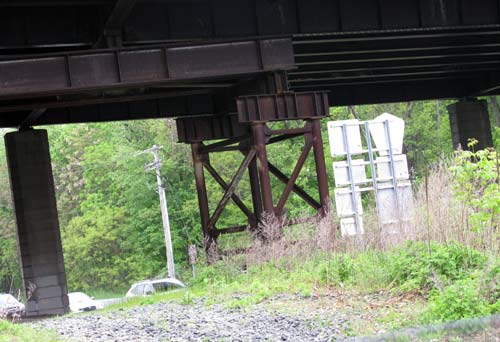 Bruce Ryerson from Newport, R.I., on the "resurfacing of West Main Road from Coddington Highway to John Kesson Lane," costing $6,048,530 (ID: RHODE ISLAND_Transportation_RESF144):
"Resurfacing of West Main Road from Coddington Highway to John Kesson Lane. It includes removal of existing concrete median markers curbing and sidewalk replacement new signage and pavement markings replacement andor addition of traffic signal and pedestrian crosswalks. Construction has begun. D'Ambra Construction Co. out of Warwick, R.I. trucks and equipment were spotted at various locations around the site posting signage and & "standing by" ... other dump trucks were there as well. Night work commenced on May 26, 2009 with traffic signs indicating what hours lanes will be closed and advising of detours. May 27 during the day there were lane closures with local police directing traffic and concrete cutting was being done in preparation of removal of the old asphalt material on roadway. This project is a continuation of the West Main Road Sewer Upgrade that CB Utility Company of Bristol Rhode Island performed from Maplewood Rd to Woolsey Rd, September 15, 2008 through November 15, 2008. Link to Town of Middletown info. on the sewer upgrade."

Kris Alman of Portland, Ore., on "I:405: Fremont Bridge - Marquam Bridge Stadium Freeway Multnomah County," costing $3,675,730 (ID: OREGON_Transportation_S061009):
"Project will start mid-June and will be completed by early August. ... This particular project started as a $10.25 M project that was just to repave the interstate bypass with concrete and put up a few signs. The additional stimulus project includes paving the ramps, upgrading all signs for better reflectivity, and lighting (including a couple of tunnels). They got 5 to 6 bidders for the ~$13.5 M (total) project which came in at $11.6 M (including project management, engineering costs). Kerr Construction from Hillsboro will be the contractor. Knife River is the subcontractor that will be doing the paving."

Scott Kuhagen of Philadelphia, Pa., on "a project establishing gateway areas to delineate entrance to Flourtown-Erdenheim Village," costing $112,000 (ID: ENTRANCEWAPENNSYLVANIA_Transportation_Z064102):
"The Pennsylvania state Recovery Act website states that this project is expected to begin on June 22, 2009. The description from the website provides a few more details: 'Establish gateway medians and install trees to delineate entranceways to the Village Shopping Districts and the Valley Green Road Commercial Center in Springfield and Whitemarsh Townships.'"