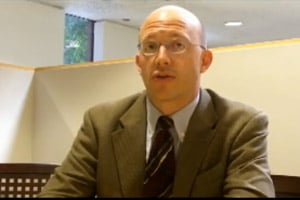 For ProPublica reporter T. Christian Miller, a key part of computer-assisted reporting begins only after data has been obtained and organized into a usable format. The next step is to combine that hard data with "real-life anecdotal stories."

Miller says in a recent video interview that for his story "Disposable Army" it took two years to obtain information about injured civilian contractors from the U.S. Department of Labor and then shape it into a useful format. It was only then, he says, that the next level of reporting began. He built on the nameless statistics from the government by finding contractors who had been injured in the Iraq and Afghanistan wars to see how they were cared for upon returning from the front lines. In all, he conducted more than 200 interviews.

The resulting story won the 2010 Selden Ring Award for Investigative Reporting from the Annenberg School of the University of Southern California. You can listen to a four-minute interview with Miller that was posted today on the Investigative Reporters and Editors' "IRE on the Road" journalism training blog.

And you can read the full story here: "Disposable Army: Civilian Contractors in Iraq and Afghanistan."