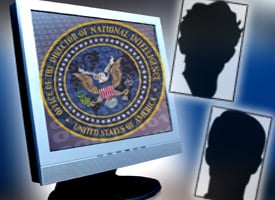 The U.S.'s terror watch list has long been criticized for being too broad. (List luminaries have included Sen. Ted Kennedy and a presumably precocious third-grader. Asked whether he was a terrorist, the child responded, "I don't know.") But it turns out, the list isn't only too wide. According to congressional investigators, it's also technologically hobbled.

According to the Wall Street Journal, which details the investigators' findings ($), the current watch list database was built in a rush after 9/11 and uses seriously limited software. For instance, the list can't be searched for keywords. Investigators also concluded that the database doesn't include "potentially vital" messages from the Central Intelligence Agency.

The government is building a new database. But apparently it's not shaping up to be a crackerjack system either. According to the Journal:

When tested, the new system failed to find matches for terrorist-suspect names that were spelled slightly different from the name entered into the system, a common challenge when translating names from Arabic to English. It also could not perform basic searches of multiple words connected with terms such as "and" and "or."

The new database, called "Railhead," was supposed to be completed by the end of the year, but it's hitting delays. Citing a "congressional aide," the Journal says the "government has fired most of the 862 private contractors from dozens of companies working on the Railhead project, and only a skeleton crew remains."

If you’re interested in poking around more on the project, the Journal has helpfully posted congressional investigators' findings (PDF), as well as technicaldocuments by Railhead's contractors. (The first (PDF) of those documents outlines problems with the current database. The second (PDF) details specifications for the new database.)

The Journal said it contacted Railhead's two contractors, Boeing and SRI International, but didn't hear back by press time.

We're curious how large the budget is for the troubled Railhead program. We'll update the post as soon as we get the numbers.