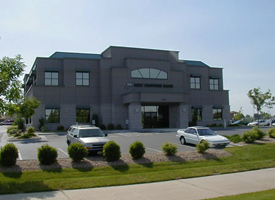 Normally, when the FDIC announces a Friday bank failure it has already found a buyer for the insured deposits and assets of the failed institution. Come Monday morning, life goes on as normal for the failed bank's customers, except that their bank's name has changed.

In that case, the FDIC created a bank to process the failure of Oklahoma-based Penn Square. Congress gave the FDIC the power to create its own banks to resolve failed institutions back in 1933, but by 1982 it was used so infrequently that in the preceding 20 years the agency had only created four of them.

The FDIC expects the newly minted National Bank of Greeley to remain open for approximately 30 days. This presumably will give insured depositors enough time to open accounts at other institutions. The FDIC has contracted out running the new Greeley Bank to San Francisco-based Bank of the West, perhaps because the FDIC doesn't have enough staff or expertise to do it on its own. The FDIC is presently on a hiring binge to recruit new staff to help in dealing with the nation's growing list of troubled financial institutions.