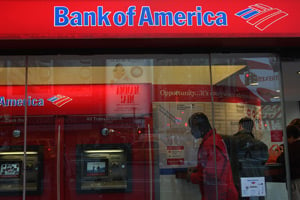 The administration’s $75 billion mortgage modification program is meant to help 3 million to 4 million homeowners avoid foreclosures. The latest data, out Tuesday, shows mortgage servicers are making some progress toward this goal, but big questions remain about how effective the program will be.

Here’s our breakdown for the largest servicers. Among the four largest, Bank of America still lags far behind. According to the government’s data, BofA’s mortgage subsidiaries have started a total of just 137,000 trial loan modifications, about 14 percent of its pool of eligible loans.

Through October, about 651,000 borrowers overall had obtained trial modifications, a three-month period to test whether the homeowner can make the new, lower monthly payments. But as we noted last month, the crucial metric for the program is how many homeowners make it into permanent modifications. That’s information the administration won’t release until later this month, said a Treasury Department spokesperson.

As of Sept. 1, only 1,711 had made it all the way to get permanent modifications, at least in part because servicers had been slow with processing the loan mods.

Testifying before the TARP’s Congressional Oversight Panel last month, Herb Allison, the Treasury Department’s bailout chief, said it probably would be early next year before Treasury had “a much better idea statistically of how many people are moving from trial to permanent mods.” Asked what Treasury had estimated the success rate might be of moving from trial to permanent mods, he said past experience with loan modifications suggested that a 50 percent success rate should be the “bare minimum,” and that if it were up to 75 percent, “we would deem this quite a successful program.”

Since the monthly releases detail only trial mods, they should be treated with some caution. Meanwhile, we’ve reported on the numerous difficulties homeowners have faced just getting to the trial stage. The servicers are making some progress, but that progress has not showed much sign of accelerating since the summer. The upshot: For homeowners, getting a loan mod remains a slog every step along the way.