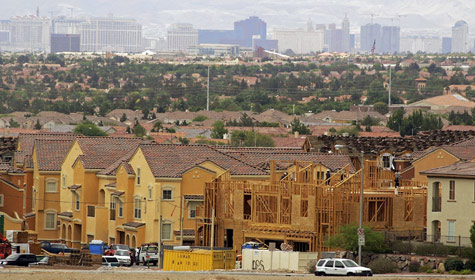 Update June 21, 2011: JP Morgan Chase has agreed to pay a $154 million penalty to settle SEC charges that the bank misled investors about a complex mortgage-securities deal during the waning days of the housing boom. The SEC charged that JP Morgan neglected to tell investors that the hedge fund Magnetar helped create the deal and was betting against it. This story was the first to detail Magnetar's role.

Update Oct. 29, 2010: This story has been corrected in response to a recent letter from Magnetar. Read their letter, along with our response.

In late 2005, the booming U.S. housing market seemed to be slowing. The Federal Reserve had begun raising interest rates. Subprime mortgage company shares were falling. Investors began to balk at buying complex mortgage securities. The housing bubble, which had propelled a historic growth in home prices, seemed poised to deflate. And if it had, the great financial crisis of 2008, which produced the Great Recession of 2008-09, might have come sooner and been less severe.

Get ProPublica's Top Stories and Major Investigations Delivered to Your Inbox

When the crash came, nearly all of these securities became worthless, a loss of an estimated $40 billion paid by investors, the investment banks who helped bring them into the world, and, eventually, American taxpayers.

Yet the hedge fund, named Magnetar for the super-magnetic field created by the last moments of a dying star, earned outsized returns in the year the financial crisis began.

How Magnetar pulled this off is one of the untold stories of the meltdown. Only a small group of Wall Street insiders was privy to what became known as the Magnetar Trade. Nearly all of those approached by ProPublica declined to talk on the record, fearing their careers would be hurt if they spoke publicly. But interviews with participants, e-mails, thousands of pages of documents and details about the securities that until now have not been publicly disclosed shed light on an arcane, secretive corner of Wall Street.

According to bankers and others involved, the Magnetar Trade worked this way: The hedge fund bought the riskiest portion of a kind of securities known as collateralized debt obligations -- CDOs. If housing prices kept rising, this would provide a solid return for many years. But that's not what hedge funds are after. They want outsized gains, the sooner the better, and Magnetar set itself up for a huge win: It placed bets that portions of its own deals would fail.

Along the way, it did something to enhance the chances of that happening, according to several people with direct knowledge of the deals. They say Magnetar pressed to include riskier assets in their CDOs that would make the investments more vulnerable to failure. The hedge fund acknowledges it bet against its own deals but says the majority of its short positions, as they are known on Wall Street, involved similar CDOs that it did not own. Magnetar says it never selected the assets that went into its CDOs.

Magnetar says it was "market neutral," meaning it would make money whether housing rose or fell. (Read their full statement.) Dozens of Wall Street professionals, including many who had direct dealings with Magnetar, are skeptical of that assertion. They understood the Magnetar Trade as a bet against the subprime mortgage securities market. Why else, they ask, would a hedge fund sponsor tens of billions of dollars of new CDOs at a time of rising uncertainty about housing?

Key details of the Magnetar Trade remain shrouded in secrecy and the fund declined to respond to most of our questions. Magnetar invested in 30 CDOs from the spring of 2006 to the summer of 2007, though it declined to name them. ProPublica has identified 26.

An independent analysis commissioned by ProPublica shows that these deals defaulted faster and at a higher rate compared to other similar CDOs. According to the analysis, 96 percent of the Magnetar deals were in default by the end of 2008, compared with 68 percent for comparable CDOs. The study was conducted by PF2 Securities Evaluations, a CDO valuation firm. (Magnetar says defaults don't necessarily indicate the quality of the underlying CDO assets.)

From what we've learned, there was nothing illegal in what Magnetar did; it was playing by the rules in place at the time. And the hedge fund didn't cause the housing bubble or the financial crisis. But the Magnetar Trade does illustrate the perverse incentives and reckless behavior that characterized the last days of the boom. 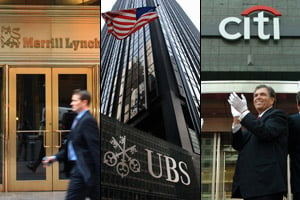 At least nine banks helped Magnetar hatch deals. Merrill Lynch, Citigroup and UBS all did multiple deals with Magnetar. JPMorgan Chase, often lauded for having avoided the worst of the CDO craze, actually ended up doing one of the riskiest deals with Magnetar, in May 2007, nearly a year after housing prices started to decline. According to marketing material and prospectuses, the banks didn't disclose to CDO investors the role Magnetar played.

Many of the bankers who worked on these deals personally benefited, earning millions in annual bonuses. The banks booked profits at the outset. But those gains were fleeting. As it turned out, the banks that assembled and marketed the Magnetar CDOs had trouble selling them. And when the crash came, they were among the biggest losers.

Some bankers involved in the Magnetar Trade now regret what they did. We showed one of the many people fired as a result of the CDO collapse a list of unusually risky mortgage bonds included in a Magnetar deal he had worked on. The deal was a disaster. He shook his head at being reminded of the details and said: "After looking at this, I deserved to lose my job."

Magnetar wasn't the only market player to come up with clever ways to bet against housing. Many articles and books, including a bestseller by Michael Lewis, have recounted how a few investors saw trouble coming and bet big. Such short bets can be helpful; they can serve as a counterweight to manias and keep bubbles from expanding.

Magnetar's approach had the opposite effect -- by helping create investments it also bet against, the hedge fund was actually fueling the market. Magnetar wasn't alone in that: A few other hedge funds also created CDOs they bet against. And, as the New York Times has reported, Goldman Sachs did too. But Magnetar industrialized the process, creating more and bigger CDOs.

Several journalists have alluded to the Magnetar Trade in recent years, but until now none has assembled a full narrative. Yves Smith, a prominent financial blogger who has reported on aspects of the Magnetar Trade, writes in her new book, "Econned," that "Magnetar went into the business of creating subprime CDOs on an unheard of scale. If the world had been spared their cunning, the insanity of 2006-2007 would have been less extreme and the unwinding milder."