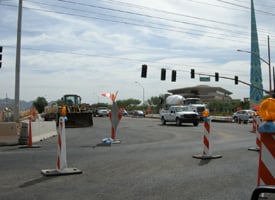 Small-business owners certainly believe the stimulus is not reaching them, according to a July survey. The St. Louis Business Journal reports that just 3 percent of such owners believe the stimulus has had a positive impact on their companies. The survey was commissioned by the National Small Business Association, which warns that the stimulus package will lead to higher taxes in the future.

Stimulus money is paying fishermen in Washington State $4.6 million to harvest lost nets, CNN reports. Some 40 fishermen will retrieve nets that have been lost or abandoned in Puget Sound, where they pose a threat to marine life, as well as boats and scuba divers. According to CNN, the nets number in the thousands, and some are larger than a football field.