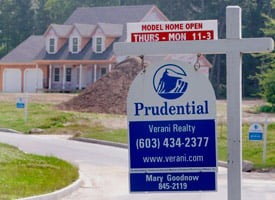 The FBI has opened an investigation into incentives -- ranging from cars to tuition payments -- that some home builders offered to buyers in order to boost sales. The practice is legal, but if those perks went undisclosed, they could have skewed house valuations and defrauded lenders ($). Meanwhile, the AP reports that the value of houses across the country may have been artificially inflated by home appraisers operating under weak oversight laws in order to boost mortgage brokers' commissions.

The Orange County Register published a two-part story, reminiscent of the Miami Herald's mortgage investigation, about a California scammer who defrauded victims and drove the homes of ten families into foreclosure; he was employed by mortgage lender after lender despite a criminal record and no real estate license.

The FDIC unveiled its plan to bail out ($) IndyMac borrowers this week, after seizing the bank in July.  Before its collapse, IndyMac had been one of the ten biggest mortgage lenders in the U.S. The FDIC, meanwhile, faces the challenge of replenishing its fund ($) that insures consumer deposits, which has taken a hit from this year's five bank failures that cost more than $9 billion in total. Usually, the agency would raise the fees it charges banks, but many worry that struggling banks wouldn't be able to bear the additional burden.

The Wall Street Journalreports ($) that the Federal Reserve acted on rumors swirling around Wall Street in July that Credit Suisse was planning to pull its credit to Lehman Brothers. The Fed called Credit Suisse and urged it to maintain ties with Lehman; Credit Suisse denied the rumors. Regulators have stepped up their efforts to stop rumor-mongering on Wall Street after it contributed to the fall of Bear Stearns in March. The SEC has subpoenaed dozens of firms for information regarding the Lehman rumors.

Two weeks ago, Sen. Ted Stevens asked that his trial be moved to Alaska to allow for nighttime campaigning. The prosecution balked at this request, and on Wednesday, a judge agreed: the trial will stay in Washington, D.C.

Stevens asked the Senate Ethics Committee to OK a legal defense fund to help cover the cost of the trial. He also took out a little aggression on a radio show on Tuesday.

Meanwhile, ex-VECO CEO Bill Allen is living the high life in Alaska and New Mexico. His company was sold for nearly $365 million last year and a judge has postponed his jail time, estimated at 9 to 11 years, to 2009 in return for his cooperation with investigators.

Testimony at the trial of Gitmo detainee Mohammed Jawad last week highlighted the role psychologists play in crafting methods of torture. An agent at the Army Criminal Investigation Division described her findings of abuse at Bagram prison in Afghanistan - hardly a new claim - and the military psychologists known as "biscuit teams" (Behavioral Science Consultation Teams, or BSCTs). These teams develop and refine the abusive interrogation methods used at Gitmo, which includes exploiting the detainees' specific fears and weaknesses to create "individualized blueprints for torture."

At the American Psychological Association's annual meeting this week, the practice was hotly debated. Many denounce the work as inherently unethical, but others claim that psychologists actually protect the detainee from greater harm. The psychologist who helped craft the interrogation of Jawad - who attempted suicide during his detention - was the focus of the debate.

Legal experts are expecting a surge in lawsuits against the government seeking retribution for torture, spurred on by last week's ruling that the case of Maher Arar -the Canadian rendered to Syria and allegedly tortured - could proceed.

The number of suits brought against the government by Gitmo detainees seeking their release, following the Supreme Court's June ruling, is also expected to surge. But a lack of interpreters at Gitmo may create a "legal logjam" and delay many of these cases.

The trial for a former Marine accused of killing four unarmed Iraqi detainees in Fallujah, Iraq in 2004 began yesterday. The defendant, Jose Luis Nazario, is the first person to be tried under federal law for war crimes. Two Marines in the squad Nazario led were held in contempt of court today for refusing to testify.

And finally, yesterday a British court found that Gitmo detainee Binyam Mohamed's claims that he was rendered to Morocco by the U.S. and tortured are credible. The U.S. has denied these claims, but it refused to hand over its evidence to Mohamed's lawyers.

This week, the Justice Department moved a step closer to prosecuting the Blackwater security contractors who shot and killed 17 Iraqi civilians in a well-publicized 2007 incident. The DoJ sent "target letters" to the six contractors involved. Target letters offer the recipient a chance to refute the evidence, and are generally considered a precursor to indictment. Blackwater has maintained that the contractors acted in self-defense. An investigation by the Iraqi government concluded that this was not the case.

The Defense Department meanwhile tightened its rules ($) for security contractors in Iraq. Now the contractors will have to absorb more risk than the DoD in order to protect U.S.-Iraqi relations.

Congress has found serious flaws ($) in the terrorist watch list, which was created by contractor Lockheed Martin; it has been crippled by technological hurdles.

Boeing said it might withdraw from the re-bidding for a $35 billion Air Force tanker deal. The Pentagon originally awarded the contract to EADS in April, but it turned out that the bidding process had been flawed.

McClatchy later reported that the leaders of France, Germany and Britain had all lobbied President Bush personally in an effort to secure the contract for European aerospace giants EADS and Northrop Grumman. Boeing supporters have cried foul over the rebid, saying that the specifications in the new deal favor EADS' tankers, despite the fact that the House Defense Appropriations subcommittee introduced language into a defense spending bill last month ordering the Pentagon to seek tankers with specifications similar to Boeing's model.

The DoD acting inspector general has ordered a whole new investigation into whistleblower allegations that the Army Corps of Engineers sat by in New Orleans post-Katrina and watched as its contractor installed flood-protection pumps it knew to be faulty. The announcement of the new probe came just days after the Office of Special Counsel slammed the original report.

And finally, it was a slow week for McCain's Lobbyist Connections, and it's been bumped off Scandal Watch.