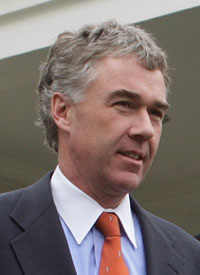 Weâve been keeping a running tally of the nationâs banks that have lined up for taxpayer money. Today we have a few more to add, bringing the total to $163.2 billion invested in 31 banks. Here is our comprehensive list of the bailed-out banks.

Weâve been keeping the tally because the Treasury Department hasnât. The government had said it would eventually say which banks are getting money, but it wouldnât say when.

This morning, Treasury Department Undersecretary Anthony Ryan, speaking at a conference for the securities industry that we attended, finally clarified when the department would be disclosing its investments. Within two days after the payment for the bank is authorized, he said, the Treasury will post the name of the banks and the amount of the investment on its web site.

The first round of investment -- $125 billion in eight of the countryâs largest banks first announced two weeks ago -- is expected to actually be paid out this week, meaning that we should see the Treasuryâs first disclosure by early next week. In the meantime, weâll continue to keep tabs on the investments as theyâre announced.

More of our recent bailout coverage: