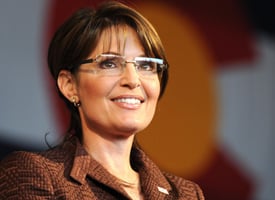 As Republicans and Democrats clash in Alaska over the "Troopergate" investigation (despite its bipartisan origins), the press continues to dog the story.

A story from Newsweek focuses on the 2005 divorce trial, and particularly an Anchorage judge warning Palin and her family stop their "disparagement" of Wooten. Meanwhile the Post details a push for Palin to release more than 1,100 e-mails related to the investigation. In response to a public records request, Palin has claimed executive privilege for the messages, including 40 that went to her husband.

And the Wall Street Journalfocuses on a completely separate firing -- that of John Bitney, a former aide to Palin who was fired after acknowledging he had an affair with the wife of a friend of the Palins. The governor's office initially said Bitney was let go for "personal reasons." More recently, it has said Bitney was fired due to "poor job performance." (The Journal notes that weeks before his firing, Palin had spoken at a press conference praising Bitney.)

As always, we're tracking all the latest "Troopergate" stories every day.