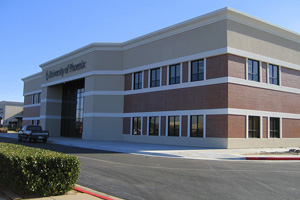 The University of Phoenix, the nation’s largest for-profit school, has agreed to pay the U.S. government $67.5 million to settle allegations concerning its compensation policies for recruiters.

The agreement wrapped up a dispute that began in 2003, when two former employees filed suit in the Eastern District of California, claiming the school illegally pressured enrollment officers and paid them largely according to how many students they signed up.

In a statement issued Monday, the university’s parent company, Apollo Group Inc., emphasized that the settlement did not acknowledge any wrongdoing or include an admission of liability. The company said that, under the terms of the deal, it has been released from further criminal or civil exposure related to the specified conduct. Under a separate agreement, Apollo will pay the plaintiffs $11 million for attorneys’ fees.

Last month, we reported on ongoing issues with enrollment practices at Phoenix, which has more than 440,000 students and is the country’s single biggest recipient of federal student aid. Last year, the company received about $3.2 billion in public money, accounting for 86 percent of its revenue, its financial filings show.

Students told us that Phoenix counselors used a variety of questionable tactics to reel them in, from pretending to befriend them to misleading them about the transferability of credits. Former recruiters said they were instructed to suggest that federal grants would cover students’ costs, when that was uncertain. Phoenix’s president, Bill Pepicello, responded that the university did not train recruiters to use such approaches and did not condone them.

Apollo Group previously paid out $10 million to resolve allegations of enrollment abuses made in 2004 by the U.S. Department of Education.

The new settlement "underscores the importance of protecting students from overzealous recruitment efforts," Arne Duncan, the U.S. secretary of education, said in an e-mailed statement. "Saddling students with debt they cannot afford is not a good outcome."

Apollo had reported in a regulatory filing that it had put aside about $80 million to cover the resolution of the whistleblower lawsuit. After the company announced the agreement Monday, its shares rose more than 9 percent to close at $62.06.